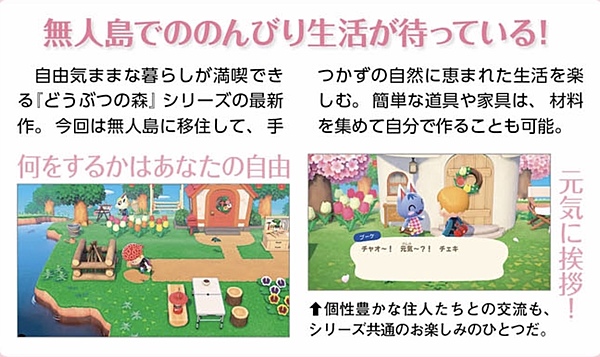 Animal Crossing: New Horizons is one of the most anticipated games of 2020, and it's releasing in just two short months! There hasn't been quite as much news recently as Animal Crossing fans have been hoping for, since we still know so little about the game. While it isn't much, two screenshots were released in the latest issue of Weekly Famitsu. Can you spot any interesting details?

The first screenshot shown actually comes from a previously released trailer. A higher resolution image can be found below! 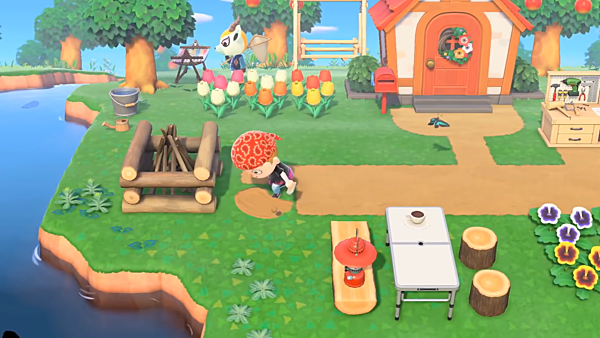 It looks like now you can build a pyre to burn and sacrifice animals to your hedonistic gods.

Yay Lopez is back! He's one of my favorites.

Nintendo's former president once said game devs/pubs should copy each other's ideas
May 26, 19:06 by ben_goldentriforce
RUMOR - Xenoblade Chronicles: Definitive Edition resolution details, plus more handheld footage and framerate
May 26, 19:05 by ben_goldentriforce
Warhammer 40,000: Mechanicus officially pushed to July 2020
May 26, 18:23 by sikes primero
Nintendo announces Splatoon 2 North American Open June 2020 tournament
May 26, 17:40 by autumnalblake
LEGO and Nintendo had 8 ideas before they settled on LEGO Super Mario, abandoned ideas and Nintendo's involvement discussed
May 26, 17:32 by seansneachta
SNK Gals' Fighters came to Switch thanks to "support from a friend at Nintendo," devs talk chances of other NEOGEO Pocket Color ports
May 26, 16:59 by ermenpalmer