Creator of Tetris says he loves Switch, names Zelda: Breath of the Wild as one of his favorites, calls Tetris 99 'absolutely great' 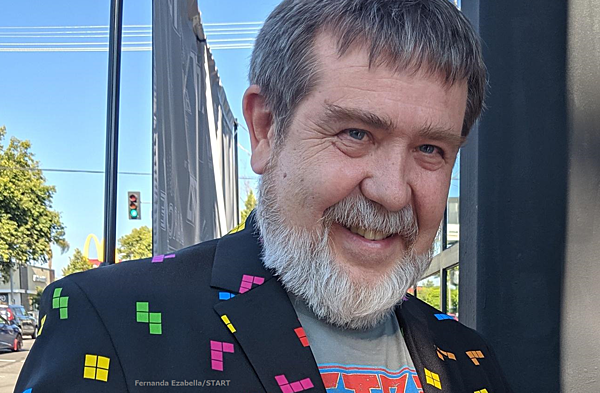 Few people have had the same impact on gaming as Alexey Pajitnov, the creator of Tetris. He managed to create was is essentially the perfect puzzle game. Tetris was loved from the first day it came onto the scene, and the continued sequels and spin-offs to this day continue to show just how popular Tetris is.

One of the more recent titles with the Tetris name is Tetris 99, the Tetris take on the battle royale experience. What does Pajitnov have to say about it? The gang at USGamer asked the man himself to find out.

"Tetris 99 is absolutely a great title. Basically, I think the one-player version of Tetris has been more or less stabilized over the years. That's good, and we're just adjusting the game to new user interfaces. But for two-player modes and serious competition, there are several challenges to overcome. I really want Tetris to establish itself as an esport. We're getting there very slowly but surely."

Turns out Pajitnov is a fan of the Switch in general. When asked about Switch, Pajitnov responded with, "I love Switch. They [Nintendo] did a great job on it." He even went so far to name The Legend of Zelda: Breath of the Wild as one of his favorite Switch games, saying that he has to fight to play the game, as his son keeps stealing the Switch from him!

I wonder what he thinks of Puyo Puyo Tetris.

Yeah. It's the culmination of about 30 years of Tetris in Japan being a mainly multiplayer thing (and Puyo Puyo being inspired by exactly that).

I wonder if he knows that he could play Tetris for free at tetris.com. A robot told me that once.

Nintendo handles Tetris the best way possible. Can't think of a Tetris game Nintendo made that went bad unlike Ubisoft and EA....

As someone who has almost infinite respect for him, words like these are really great to read.

Does he know you can play Tetris for free at Tetris.com?

Ori and the Blind Forest "did well" on Switch, dev team has nothing to announce about Ori and the Will of the Wisps coming to Switch
Feb 27, 15:59 by kendricklamario
Lost Words: Beyond the Page's Switch version delayed at least a year due to new Google Stadia deal
Feb 27, 15:38 by ms fortune
Sonic the Hedgehog director says Knuckles didn't have a cameo in order to keep things simple
Feb 27, 15:37 by chaoxys
XSEED shares more insight on the Harvest Moon/Story of Seasons rebrand
Feb 27, 15:35 by ms fortune
Pokemon Sword & Shield - Mewtwo and the Kanto starters appearing in Max Raid Battles, until March 2
Feb 27, 15:28 by seansneachta
GoNintendo Video - Being tortured by Jump King
Feb 27, 15:26 by autumnalblake