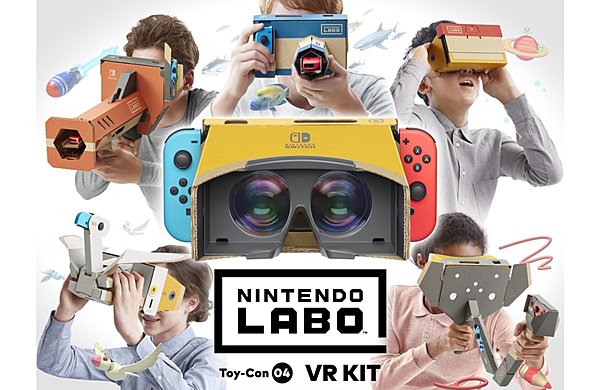 The following quote comes from a Nintendo Life interview with Jake Kazdal, the boss of 17-Bit (known for games such as Skulls of the Shogun and Galak-Z):

My gaming time is literally split in half – I love the first-party Nintendo stuff and all the great indie games I play all the time, and when I have time to jump into something really juicy I break out my Oculus Quest and Rift, and my PSVR. I would love more than anything for Nintendo to properly enter this space and just own it; their experiments so far are fantastic, and I really miss the extra dimension available in 3D. In fact, I’m playing Super Mario 3D Land again right now on 3DS. It just is so much more satisfying than playing on a flat 2D screen.

I think there are a lot of misconceptions about VR, people somehow think you need a dedicated room in your house, and I thought so too at first, but it turns out I do most of my VR sitting down on a stool or on my couch, fully engaged in the world but safely settled in the real world not knocking things off the shelves or banging around. With the perfect camera control (humans, it turns out, are very good at using their necks and eyes as cameras) you can focus 100% on playing the game, and being inside the game world as opposed to peering into it through a little 2D window, is just a different world. The experiences are just exponentially more than you can experience on a flat-screen TV.

Really hope we get true VR in Switch Pro because why the hell wouldn’t they add it in? Bonus if we get Metroid Prime VR Trilogy or 4VR. No reason EShop couldn’t be a VR shop too.

I agree 100% with this guy. Some who have yet to experience VR are skeptical, but many of those "get it" when fonally trying it. VR is not THE future of gaming, but a very big part of it when the costs go down and when easier to use. Now is the time that Nintendo should.jump all in with an affordable and easy to use VR solution with their own twist (not Labo). Use their Ips like Mario Kart, Pilot Wings, Star Fox, FZero, Metroid... Heck, even a Zelda VR (yrah I got it to work on PS VR) etc.. And even new IPs and Nintendo could really do damn good.

I think that with Valve getting into VR with Half Life Alyx the next few years could be interesting with what comes out from larger developers. I think VR is a great addition to gaming but I think a lot of tech companies pushed it before they really had a strategy to make it easily accessible and affordable.

I agree. I went all-in on VR with a nice system (an HTC Vive, and then a Valve Index). To me, it's a legitimate branch of gaming, and when somebody makes something good for VR, there's really nothing like it. But that's something that's hard to convey to the average consumer, let along get them to buy something expensive. Technology is starting to make VR affordable, so things are getting better.

So far most of the games are tech demos and little party experiences, but I'm hoping Half Life Alyx is the first in a new generation of games made especially for VR. I'd really like for VR to succeed.

YEah, a lot of it is still in tech demo territory, but the potential is huge. RE7 is unplayable witout VR for me and I suddenly loved WipeOut after playing it in VR. And this is, obviously, on the "worst" VR system, the PSVR.

And with all the potential, I would love to see Nintendo go all in. VR is something special indeed.

That's why I applaud Sony for pushing PSVR like they did (also pissed at them since they'll wait with PSVR2). And is there's someone who can make an affordable and accessible VR set it's Ninty. And their IPs would be gold, as I mentioned.

Yeah, they pushed the VR tech with huge price tags and a lot of work to set up and use. Only for the people with money and who are tech freaks, but the tech has gotten cheaper now so I thik it's now , perhaps with the Switch "Pro" coming up, to jump all in for Ninty. It would be an add-on, but that aint nothing new from them ;)