Well this would be an interesting reveal
15 January, 2020 by rawmeatcowboy | Comments: 10 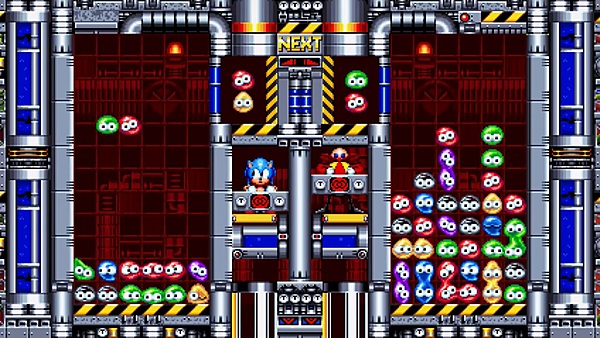 We've got just one day until we see who the final fighter is for Smash Bros. Ultimate's first Fighter Pass, and we've got something that's potentially juicy to mull over.

Mizuki Hosoyamada, a man who has worked on numerous Puyo Puyo and Sonic games, has retweeted Masahiro Sakurai's mention of the next Smash Bros. Ultimate Fighter Presentation. That certainly has raised some eyeballs among fans, with many thinking the upcoming reveal is going to tie into Puyo Puyo or Sonic somehow. It seems that Hosoyamada is died more to Puyo Puyo, so if his retweet is indeed a tease, I'd expect some sort of Puyo Puyo reveal for Smash.

I love Puyo Puyo and Puyo Puyo is huge in Japan and thus makes sense as 99% of Smash characters are picked with Japan in mind. This would be put SEGA in the lead with the most third party Smash characters. They already have Sonic, Joker and Bayonetta (they co-own it with Nintendo and entirely own the first game).

I’m not convinced the next fighter is from Sega. Maybe we’ll get a Mii Fighter costume based on Puyo Puyo, but not much else related to the competitive puzzle video game series. If I’m wrong, I will be surprised.

By the way, I should point out the article has a typing error. The word “died” should be “tied”, right? Unless...

As much as I could hope we get Tails or Knuckles from the Sonic series with a Puyo Puyo stage I don't want to get my hopes up.

I mean, Banjo and Kazooie are in smash so I'm good with whatever. But I'd like to see Panzer Dragoon or Daytona USA represented in Smash if it has to be from Sega.

Panzer Dragoon could have a GORGEOUS stage and also tie in really well with the upcoming remake. Some of those original tunes with some remixes would be fun to hear!

As for Daytona USA, the #41 Hornet could be the playable character as it appears in Fighters Megamix. The different color variants could be the various other cars from the series and maybe get creative and add different sponsors to a few of them. Nintendo, Sega, or one of the Mario Kart brands featured in Mario Kart 8.

But most importantly... the Daytona USA music would be a REAL treat to have in Super Smash Bros. Ultimate. Having Takenobu Mitsuyoshi return to record some new remixes would be AMAZING.

I'm more convinced the character is Dante, so if anything Puyo Puyo's in the game I expect it's an Arle Mii Costume.

Might wanna proofread the article. There's a few typos in there.