Multiple Japanese magazines to include info on Animal Crossing: New Horizons in their next issues 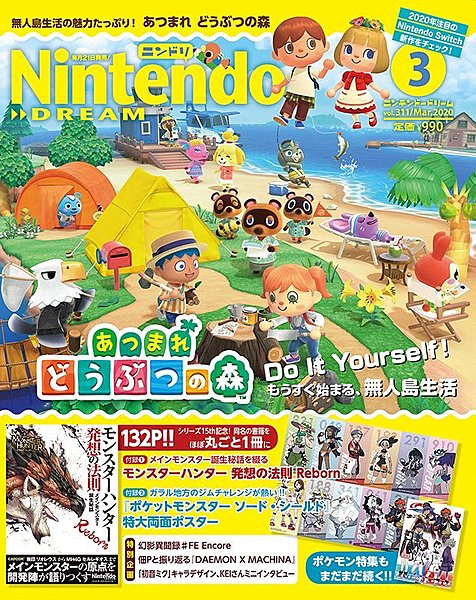 Animal Crossing: New Horizons is set to launch on March 20th, 2020, which doesn't leave all that much time to spread the word on the game. Looks like we can expect some new details soon, though.

The March 2020 issue of CoroCoro Comic, which will release in Japan on Feb. 15th, 2020, is going to include some information on Animal Crossing: New Horizons. Along with that, the March issue of TV Game Magazine, and the March issue of Nintendo Dream will include info on the game as well. Nintendo Dream is due out Jan. 21st, 2020, and TV Game Magazine is coming Jan. 31st, 2020.