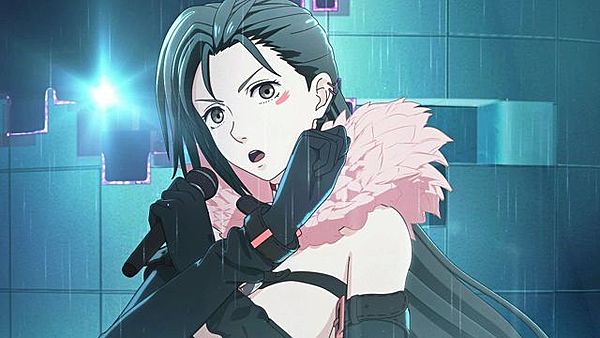 Tokyo Mirage Sessions #FE Encore saw release on the Switch yesterday around the world, and it seems that the game has been very well received. Believe it or not, we're already hearing reports of shortages in places like France and Japan.

Over in France, it seems the shortages are due to a low initial shipment. Word on the street is that just 10,000 copies were sent to retailers, and people have snatched them up quickly. There's already three major retailers who are sold out of the game online!

Over in Japan, the situation is a tad different. Tokyo Mirage Sessions #FE Encore has managed to sell out of its full My Nintendo stock in just a day, which isn't something you usually see happen. We also hear that the game is becoming quite hard to find at Yodobashi Camera locations.

Hopefully Nintendo is on-top of this situation, and get out some more stock in the near future. For now though, people will have to go the eShop route.

10,000 copies? So they thought it would sell bad and it didn't sell quite as bad as they thought?

I don't know why people expected this to sell poorly. It's a major release with a Fire Emblem attachment during a week when it has practically no competition. The only reason it sold poorly on Wii U was because it had no marketing at all and the Wii U had very few users left still buying games.

Don't forget it's also an Atlus crossover happening AFTER Persona 5 and that series getting love in Smash. Fire Emblem X Atlus crossover that's closer in style to Persona than mainline SMT? What used to be super niche years ago is practically mainstream now.

The lack of localisation besides the text can be a hindrance. People are more accepting of this as of late, such as with the growth in popularity of the Yakuza series, but when you don't give people the audio in their native language, a large portion still won't bother to try it. Sad, but true

It will sell poorly because it is what it is. And even with the content added, it's not like it would sell better. The game will not even come close to selling 200k.

If Smash is relied for the games marketing, that is already a bad sign that the game isn't in demand. to begin with.

We'll see how much this game sells in the first week. It's clear that Nintendo did not expect this game to sell well.

Every Smash Bros. game so far has, in the west, either revived interest in a franchise (EarthBound for the original Smash, Kid Icarus for Brawl) or has sparked interest in a franchise that wasn't that popular prior (Fire Emblem for Melee, Xenoblade for Wii U/3DS). Some had longer-term success than others, but for all of those cases, there was at least some period of heightened interest in them, leading to games like Kid Icarus: Uprising and Xenoblade Chronicles X, as well as Ice Climber being a part of every NES collection released since Melee whereas it was previously obscure.

Signs point to Persona on Nintendo systems being the franchise to get a shot in the arm for Super Smash Bros. Ultimate. Atlus has already taken a more active role in bringing Persona-related stuff onto the Switch, which based on the timing appears to be a response to the very favorable reaction to Joker being in the Smash Bros. roster.

There appeared to be a deliberate attempt to popularize The Legendary Starfy back in Brawl, but that didn't pan out.

The only reason that I could think that smash is responsible for the interest in those franchises is because removing those characters and adding in replacements would have been chaotic.

Even if Smash wasn't involved, Fire Emblem would have still been on West since Advance wars sold well enough to develop interest for the western release. Kid Icarus was still in interest of fans wanting a new game before pit came in brawl.

Smash is not a marketing campaign for the games. It's about bringing in legacy and the fact is that a lot of the Nintendo cast are so iconic that it would be stupid to not have them in a fighting game especially for a one that appeals to a wider audience.

There are some of those cases though, such as Pit, where the franchise had not been popular, or at least hadn't been for a long time, in any part of the world, and the character was a newcomer to Smash Bros. at the time. There was no need to have Pit in the game, but there he was. In Pit's case, people took very well to his redesign to make him look more like a modern video game character, enough that, well, we got another Kid Icarus game.

With the case of Fire Emblem, though Marth was iconic and a key part of Nintendo in Japan at the time of Melee's release, the franchise had been sagging, a victim of diminishing returns. Curiosity from western players as to who this Marth character is was the impetus to localizing Fire Emblem games in the west, and Awakening, especially strong western sales, was what gave the franchise a second wind it's been riding upon ever since.

Smash Bros. has never been intended to market other franchises, but it's so big that it creates exposure and awareness all by itself. A Smash Bros. game is always a killer app for any system it's on, typically outselling anything that came before it on that system (if a Pokémon game hadn't come out prior, at least). That means there are people playing a Smash Bros. game who didn't get any games prior but are wondering who these characters, settings, and other such elements are, and there's always at least some because Masahiro Sakurai likes putting things into each Smash Bros. game that come out of left field that, in his own words, "nobody asked for," such as Wii Fit Trainer as a playable character or an Electroplankton stage.

So much for "Censorship? Pre-order canceled!"

do you think the people who said that bought the game? Cause I know I still havent and still wont.

Same case with the Dexit rebels. It's a vocal minority who loves whining. And some of them don't understand capitalism and buy the product anyway.

I actually had to google what "Dexit"was .

Fun to learn something new everyday.

But I am 100% sure that this game would have sold way better in Japan if uncensored. The censorship actually ruined a part of the story of the game. It's not just cosmetics this time.

Unless that made them lower expectations and ship less? Still wanting a patch for the wii u version so i can hear the sound from headphone jacket on the wii u gamepad.

10000? Real low expectations in Japan, eh? On the Swtch that has outsold the WiiU long ago and thus as a larger market and still only 10000? It's a very niche game, sure, but it's obvious it would sell better if it wasn't censored. At least in Japan.