Is this speculated character doomed?
22 January, 2020 by nintendojam | Comments: 7 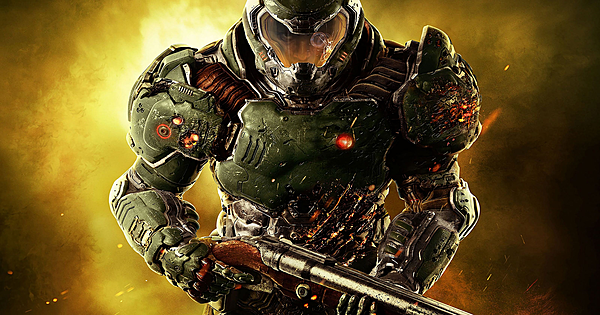 Doom Slayer (commonly referred to as "Doomguy") has always been a highly speculated character for Super Smash Bros. Ultimate. Due to the legacy of the DOOM franchise, and how recognizable the character is across the gaming community, the demon destroyer would be an excellent addition to Smash. Recently, Marty Stratton, director of Doom Eternal, was interviewed by Metro, where he was asked about the rumors of Doom Slayer being added to the game. According to his response, discussions have been had, but "it’s never gone anywhere serious." Check out the full interview snippet below!

What about the rumours of Doom Slayer being in Smash Bros.? [This was a couple of days before the Byleth announcement] Do you think it could ever happen?

Well, that’s how Solid Snake got in it. Would they discount it just because of the gore and violence though?

MS: I dunno. You would honestly have to ask them. We’ve never been approached and said, ‘Hey can Doomguy be in Smash Bros.?’ But we’re open-minded if they wanna ask. But we hear it all the time [from fans]. Who would say no? [laughs]

But you did ask them?

MS: We’ve had… I don’t even know who talked to who, but we’ve bantered with them. We have a great relationship with them through bringing Doom 2016 to Switch and that kind of stuff. So we have great people over there but it’s one of those things where it’s like, ‘Wouldn’t it be cool?’ But it’s never gone anywhere serious, so we’ll see.

"But you did ask them?

MS: We’ve had… I don’t even know who talked to who, but we’ve bantered with them. We have a great relationship with them through bringing Doom 2016 to Switch and that kind of stuff."

Nice save but that most definitely is a No.

Wow, and why are people shocked? They treat Doom like Sonic the Hedgehog all of a sudden for what?

Have you seen the third party characters getting into Smash? One can easily argue Doom is more significant than some of them... the problem is there's no consistent logic behind what makes a character qualified or not...

The original Doom is one of the most important games of all time, up there with Super Mario Bros. It was a totally revolutionary game that defined an entire genre, and every game in the series since has been really good (and available on Nintendo consoles). The Sonic series is mostly trash, and it was always pretty derivative.

Sure, the Doom Slayer isn't nearly as recognizable as Sonic The Hedgehog, but that is true for every character added to the series since Sonic. I still don't know what the hell a Byleth is.

Solid Snake got in because Kojima requested it in Melee but was too late to add him so Sakurai saved that request for next game Brawl.
Which is why he was the first third party character to be revealed for Smash.

So just simply asking isn't gonna get you anyway unless Sakurai want to do it.

I’d like to see Doom Guy in Smash, he’s definitely got more Nintendo history than some of the characters that have made it in (hasn’t every Doom game been available on a Nintendo console at this point?). Sure he’s from a game where your goal is to kill demons in bloody, brutal, violent ways...but that’s true for Bayonetta so I don’t see content from the series a character comes from as being a barrier for them to make it in. If they see using a shotgun as too much there’s plenty of weapons in Doom that would fit like the plasma rifle and BFG.

The real barrier to him getting in though is his popularity in Japan. Is Doom big over there? Not impossible that they wouldn’t put in a character that would only be popular with Western audiences but pretty much every character chosen for Smash is a character designed to keep everyone happy.

Think they're going to give up the big secret in a silly interview? "We'll see," indeed.