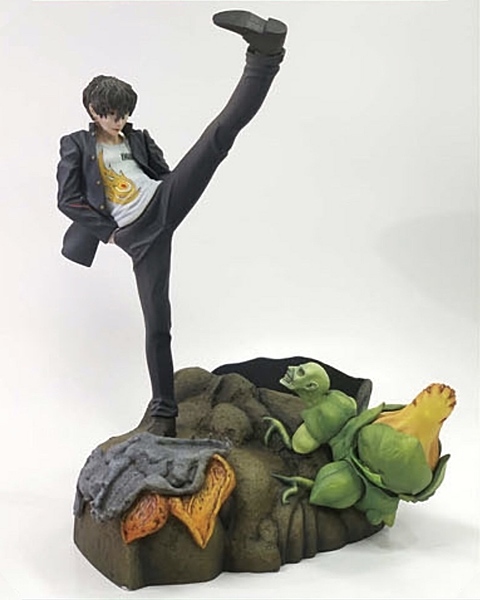 A bunch of new details on Kowloon Youma Gakuen Ki: Origin of Adventure were shared earlier this week, and now we have a small bit more to share. First up, the developers of the game have revealed that they are 85% complete with development. With the game set for release in Spring 2020, they should have more than enough time to wrap things up.

On top of that, we have a picture of the figurine that's included in the 15,800 yen limited edition. Along with the figurine above, you'll also get the game, a drama CD, and an art book.

Voice of Claude in Fire Emblem: Three Houses shows off his cosplay for the character
Feb 18, 02:51 by casey
Atlus communications manager says "never ever give up on hope" for a Persona 5 port to Switch
Feb 18, 01:32 by socar Feb 18, 00:04 by socar
Rune Factory 4 Special includes a traditional instruction booklet
Feb 18, 00:46 by yazuka Feb 18, 00:01 by socar
Animal Crossing: New Horizons Edition Switch gets a new promo video
Feb 18, 00:35 by ben_goldentriforce