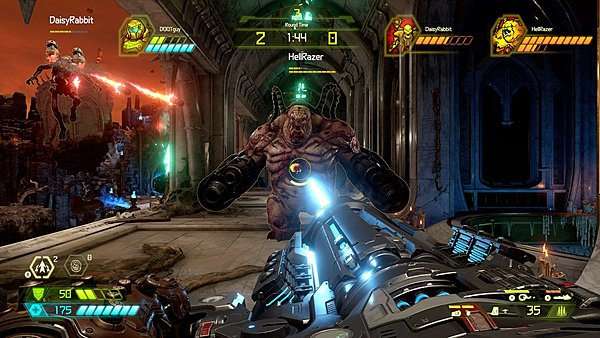 While DOOM 2016 was universally praised for its single player experience, multiplayer was a different story. Both critics and fans alike felt that the multiplayer offering was a bit ho-hum, which is why the dev team is setting out to fix things in DOOM Eternal. In an interview with USGamer, DOOM Eternal Co-Director Hugo Martin explains why he thinks DOOM 2016's multiplayer fell flat.

"I think fans of id were disappointed by the last multiplayer because it did not innovate enough. [W]hat we learned was being safe, taking a little bit of column A and B of a bunch of things that people know and mashing them together, is not good enough. We played it very safe last time. It was very kind of formulaic, and that's a fair and objective view of that product."

DOOM Eternal is putting its new 'Battlemode' front and center this time around. For a recap of what this multiplayer feature has to offer, check out this post.