Reggie on becoming a living meme, how the 'My body is ready' line came to be 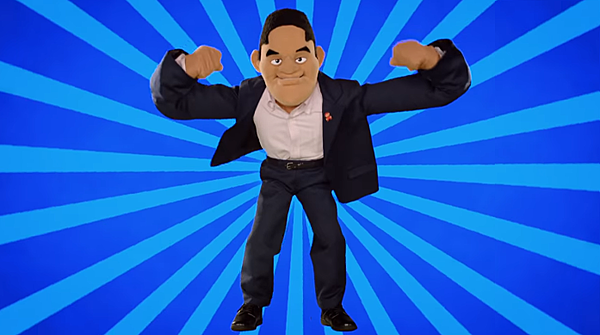 Reggie Fils-Aime will forever be one of the biggest personalities Nintendo ever had. There was just something about the man that lent itself to meme creation, and the Big Man certainly saw his fair share of internet jokes and catchphrases. In a recent interview with the Present Value Podcast, Reggie talks about life as a living meme, and shares insight into how the 'My body is ready' meme came to be.

“Becoming a meme means that, whether I’m here on campus or at my local grocery store, I get recognized and people smile and people tell me how much they love Nintendo and are appreciative of what I have been able to do. Becoming a meme was never planned. Not with that opening line in 2004. Not with those faithful words as I first stepped on a Wii Balance Board. Not with videos that have lasers coming out of my eyes. If you go to any place on the web where you can download memes and attach them to text messages and Instagram posts – I don’t know the last time I looked, I think there were about close to 100 different memes of me doing different things.

They’re never planned. They happen because in my view, first, Nintendo is in the entertainment space. We make people smile. And we’re fortunate to have exposure on a global basis to literally hundreds of millions of consumers. My personality’s big. I like to have fun. I’ve done a lot of fun things on behalf of Nintendo. And we have passionate fans – fans that react to these memes and proliferate them throughout the internet. You can never anticipate what will become a meme.

The ‘My body is ready statement’ – when you’re preparing for an E3 presentation, there’s lot of rehearsals. We make sure everything is going to go right. And for this introduction of Wii Fit and the Wii Balance Board, it was myself, Shigeru Miyamoto – our most well-known game creator – and his translator, a good friend of mine by the name of Bill Trinen, and we were rehearsing this over the course of three days. It got to be a little monotonous. And every time I would go to step on the Balance Board, I would be making some sort of wise crack or another. And late in the rehearsals, I said: ‘My body is ready.’ And it was the first time that I actually got Mr. Miyamoto to laugh – he actually thought that statement was pretty funny. So it was, ‘Hey, I got a winner here.’ We continued to practice. I continued to do different things. No one on stage knew what I was going to say. And yet here we are, the experience is being video taped, we’re broadcasting it out, and I made that statement. And yes, it’s a meme out there.

So never planned. They really do come naturally, but they’re driven by the reach that I’ve been able to have, and the passion of our fans.”