Platinum says "Nintendo's kindness" allowed them to expand The Wonderful 101: Remastered's reach to other platforms 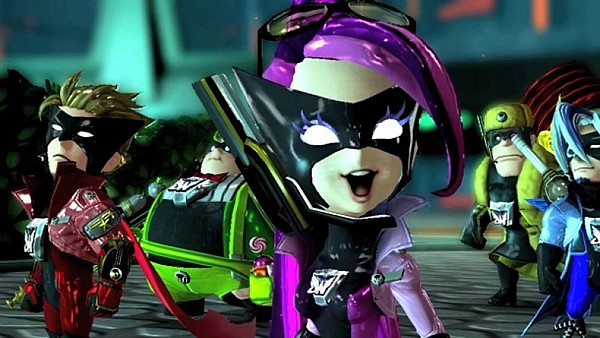 The Wonderful 101: Remastered is officially coming to Switch, thanks to a quickly-funded Kickstarter effort. The Kickstarter's main goal was Switch, but there are stretch goals for Steam and PS4. The Steam goal has also been hit, leaving just PS4 for now. Many were surprised to see other platforms included in this Kickstarter, and in an interview with NintendoEverything, Platinum's Atsushi Inaba explains how that came to be.

“Firstly, I want to say that I think PlatinumGames has this reputation for being well-known and a high quality company that really knows their stuff. We’re really grateful for that reputation, but the honest truth is we’re just developers over here; we can’t publish games by ourselves. There’s a lot of means that we don’t have like the capital and resources to get things like that done. And now that Nintendo’s kindness has allowed us to expand to other platforms, we want to do this on our own. We feel like we’re a company that has a great relationship with players, and we’re proud of this intimate relationship we have with fans of our games. So when considering what to do to publish the game, we thought, ‘Let’s work directly with players to make this happen.’ Kickstarter just made the most sense for what we want to achieve.”

I absolutely disagree that this news is awful. Platinum is not a developer of Nintendo and I think it's great that they gave them the independence to bring this game where they want despite publishing it on Wii U.

There must be more to this story. Behind the scenes negotiations, I mean. I refuse to believe that Nintendo, a company afloat primarily on the strength of their character IP and associated software titles, could have just let this go multi-platform out of kindness.

This news is pretty awful. For those of you about to disagree with me, would you be satisfied if Nintendo let Mario and Zelda go to PS4? Why not? Where is the line drawn?

I absolutely disagree that this news is awful. Platinum is not a developer of Nintendo and I think it's great that they gave them the independence to bring this game where they want despite publishing it on Wii U.

Despite owning the IP outright (if Nintendo and a developer have 50/50 ownership of an IP, Nintendo basically just owns it in practice)

Here, this is the line.

Telling off one of your core developers because you want to keep a game that sold poorly on your system or help them out to guarantee that once they're self publishing they'll still want to work with you? I'd let them port the game. That goodwill, and the Nintendo exclusives it will lead to, is far more valuable than an exclusive that didn't sell well for Wii U standards, no matter how good that exclusive is. Intelligent isn't going to try to port Code Name Steam to PS4 anytime, this game and Nintendo and Platinums relationship is a special case.

Well this is disappointing and confusing... I mean, what does this mean for Nintendo and W101? Do they still own the IP and doing like Microsoft did with Cuphead? Or did they sell it back to Platinum and now it's no longer a Nintendo IP?

Disappointing in what way? Did Nintendo ever have full ownership of the IP? Would they have ever done anything more with the IP without Platinum as a developer?

I heard Nintendo sold the rights to Platinum

Platinum made it very clear Nintendo still owns the IP and is just licensing it.

Nintendo still owns 101 as far as we know, similar to how Sega owns Bayonetta. Nintendo seems to be letting the creators have more range with the IP they made which is a good thing.

Do we have documented evidence that W101 was actually a Nintendo IP? Because that claim is news to me.

Yes it always was, the credits in 101 are evidence of that.

Granted, usually when Nintendo and a 3rd party work on a game together, the IP is Nintendo's and the 3rd party is merely involved in helping make the particular game. But that doesn't mean it is always the case. It can't be assumed.

I'm not saying Nintendo did not or does not own the IP. Maybe they did/do. I'm just asking for documentation that they do.

This is Amazing!!! My Younger, high-school fanboy self would be lost for words at this along with what Microsoft and Sony has been doing lately. I'm glad Nintendo is open to letting he creators have this level of control over the IP's they developed despite legally never needing to go this far.

Happy days might be ahead of us in the video-game industry.