A unique game that was hard to explain
03 February, 2020 by rawmeatcowboy | Comments: 5 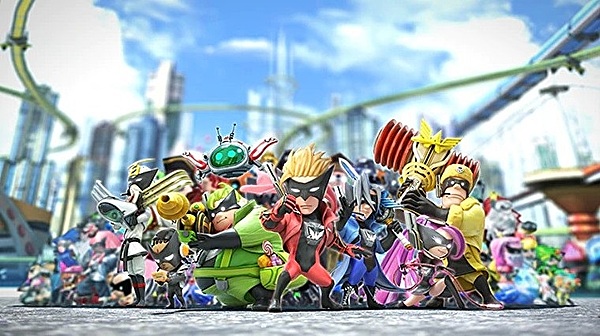 The Wonderful 101 was a Wii U exclusive that longtime Platinum fans really enjoyed, but it failed to find a larger audience. Many would say this was due to the Wii U's small install base, but in an interview with Kotaku, Platinum's Atsushi Inaba and Hideki Kamiya say there was more to it than that.

AI: “No I wouldn’t say it’s the platform’s fault. Of course, it’s hard to say the Wii U was a success, but The Wonderful 101 had its own problems.”

HK: “It made me think, I should’ve worked harder on this element in the game. There were lots of things that were just impossible for kids. I want to go back and change that. ...At that time, we were trying to pack it with the most content we could, but it wasn’t always refined. What we need to do is go through and polish things up and make sure the game is more approachable.”

Both Inaba and Kamiya had a lot more to say on The Wonderful 101's shortcomings, and their desire to patch things up for The Wonderful 101: Remastered. You can see their full comments in an interview right here.

If they're going to make it easier I'd be interested.

It's set for launch in April though...I don't know how they could release by then AND make fundamental changes?

I think a wait and see, or get on sale makes sense.
(maybe now is a good time to sell the Wii U one?)

I have it for my wii u and I got board with it. Maybe it was all the touch screen interaction not always working.

You could use the analog stick instead of the touch screen, I usually used them both (analog for lines and touchscreen for circles), but still I liked to play on short sessions, it wasn't a game that I cold sit and play for hours non-stop, but I enjoyed a lot.

I remember them giving you a 30% discount on either Pikmin 3 or Wonderful 101 if you bought the other one beforehand, I guess taking advantage of people saying that W101 reminded them of Pikmin. Its ironic because once you actually play both of the games you see that they couldn't be more different from each other.

Are they tinkering with the game for the remaster? I looked over the kickstarter campaign page (quickly) when it was only 3-4 hours old and I don't remember this sort of thing.

EDIT: There's more in the interview that indicates, yes, they will make changes. The suggested things seem small, and could add up to make the game better. Though these small things aren't really exciting for me since I played it a few hours, and had some bigger issues I'd be excited to see worked on.