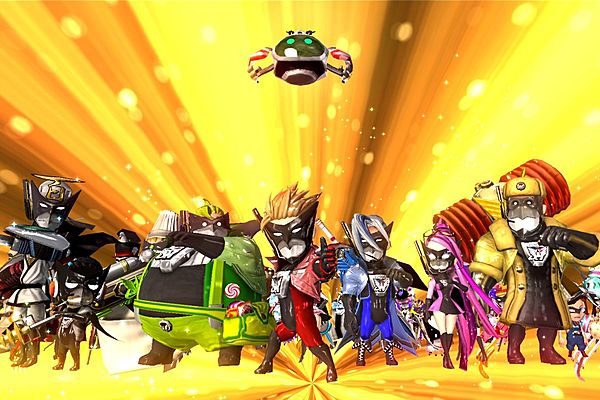 The Wonderful 101 is going to get a second chance at success thanks to the Wonderful 101: Remastered Kickstarter. To be fair, I'd say the remaster is already a success, considering it pulled in $1.2 million in crowdfunding so far. With things going full-steam ahead on the Kickstarter, how long will fans have to wait for this port to release? In an interview with Eurogamer, Platinum's Atsushi Inaba said it shouldn't be all that long.

The campaign will run for a month - if it's a success we'll go into making the game. We've already been working on the planning and that's finished. We don't have an exact date or timeline at this point, but as the core is already there we want people to know we don't expect it to take very long, and furthermore it'd be rude to the backers if it took too long.

Fans of the original release have another burning question about the port. The Wonderful 101 on Wii U contained a healthy dose of references to Nintendo IP. Are those going to be retained for the Switch port? Here's what Platinum's Hideki Kamiya had to say.

It's a financial success sure but they are talking a big game on changing some elements of it. The World Ends with You was a surefire hit for DS controls but the Switch conversion missed the point. Hopefully Platinum Games has a good control scheme in mind and ready for the port.

The Wii U version was almost entirely playable without using the touchscreen - you could use the right analog stick to draw formations instead of the touchscreen (and I preferred playing this way, as it let you make formations faster). This game doesn't require nearly the same controls overhaul that TWEWY did.

The ganepad is still a core of it's gameplay. I think they added the other options later on, really. I will never play it without the gamepad...Unless the Switch version gets some damn good extra content that is.

Nintendo references will not be in the version appearing on non-Nintendo hardware. Nintendo will ensure that for sure. Chances are they’ll just be removed out of simplicity so all platforms are the same.

lego city undercover has all the nintendo easter eggs on switch I hope it's the same for wonderful 101.

Of course the Switch version should keep the Nintendo elements, but the other systems? I don't think Ninty would be THAT kind.

I knew the Nintendo references were still there on the Switch version of Lego City Undercover but I don't know if they were removed for the other versions completely or if they were replaced with something different.

As a matter of fact, I remember seeing Nintendo names in the credits of the Wii U version, so I checked the credits on the Switch version and some of them were still there (including Satoru Iwata) on "Special Thanks" but "Nintendo" is never textually mentioned. I suppose they also have to mention those names on the other versions.

I suppose it'll be the same for The Wonderful 101, and I want to believe it's also the case for Daemon X Machina (if Nintendo was involved in its development in any way other than western publishing)