Platinum says Nintendo was fine with The Wonderful 101: Remastered releasing on other platforms 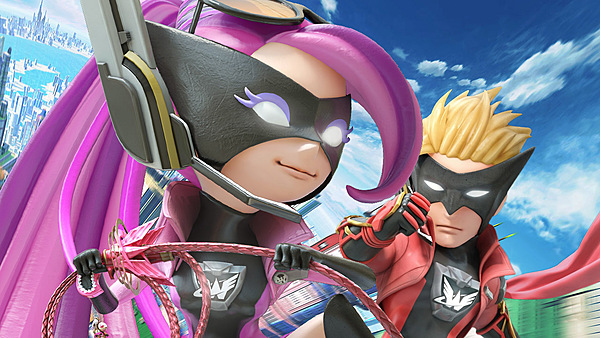 The Wonderful 101 was originally a Wii U exclusive, but the Kickstarter-funded The Wonderful 101: Remastered is hitting Switch, PS4, and PC. You might think convincing Nintendo to allow a second-party game to hit other hardware would be an insurmountable task, but in an interview with 4Gamer, Platinum's Atsushi Inaba said Nintendo was totally cool with it.

“I know it’s on a completely different scale, but that’s like talking about bringing God of War to other platforms. But then Nintendo told us that it was fine, just like that. And now there’s a chance we can release The Wonderful 101 on platforms such as PS4 and Steam if we reach the stretch goals for the Crowdfunding.”

*sigh* ...can we please get a straight answer on who owns what here?! Stuff like this only makes things more confusing!

Yes, we need more details. Anyway, Yamauchi and Iwata would never allow that.

Yamauchi for sure, not sure on Iwata.

The original GoldenEye was supposed to be released on the Virtual Console for Wii, while a remastered version was supposed to come out on Xbox360 in a deal that involved Nintendo, Microsoft and EA or Activision (owner of James Bond license). When Iwata heard of it, he put it to a halt immediately. GoldenEye from Activision came out later and was pretty good.

yes Platinum Games stop dodging questions and answer who own The Wonderful 101 and Bayonetta is now a Nintendo franchise.

For the consumers, though, there's no downside to it. The game will be exactly the same as before, only now it can reach a wider audience.

It can be a downside though if Nintendo would slowly gobtge Microsoft route and start releasing their games on PC...just saying.

Remember when Banjo Kazooie got in Smash, and both Cuphead and Ori came to Switch and how PR successful that was for both Ninty and Microsoft.

Nintendo is just being the better gaming company by allowing competition to spread games around. That's way more than Sony's can say considering they pay top dollar not to let other games reach more players.

This is rather strange for Nintendo to do this. I suppose if they want to develop a strong relationship with developers, they have to do with what they can.

But the question here is if they can allow this, then they could allow Bayonetta 2 as well?

As suprised I was that Nintendo let TW101 go, I just don't think they'll do the same With Bayonetta. TW101 sold like crap on a console that sold like crap, but Bayonetta 2 on Switch has sold pretty good and I am sure Bayonetta 3 will sell at least as much as Astral Chain.

I still can't fathom how Astral Chain did that well...did it receive any marketing?

Well, it's a PLatinum game and those usually get a lot of talk in gaming media. I think Nintendo really tried to tell the world it was a thing too.

Oh, and it's a fantastic game. Definitely my GOTY for 2019 and a personal favourite in general. Guess I'm not alone on that part.

Well, it's a PLatinum game and those usually get a lot of talk in gaming media. I think Nintendo really tried to tell the world it was a thing too.

Oh, and it's a fantastic game. Definitely my GOTY for 2019 and a personal favourite in general. Guess I'm not alone on that part.