Animal Crossing: New Horizons may have some sort of in-game purchases 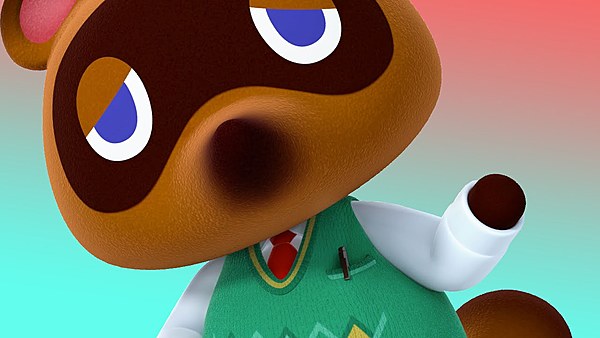 Animal Crossing: New Horizons is changing a lot of series staples for its debut on Switch, and it seems one of those changes might come from in-game purchases.

As of right now, the Nintendo listing for the game shows it as having in-game purchases. Now this listing could certainly be an error, as we've seen happen with Nintendo's pages in the past. That said, I guess it's not a big stretch to imagine microtransactions jumping from the mobile game to New Horizons.

Super Smash Bros and Fire Emblem are both listed with in game purchases...

I really hope it's a substancial one-time purchase expansion and not microstransactions...

Super Smash Bros and Fire Emblem are both listed with in game purchases...

I’m sure there will be some DLC. They can eff right off if there’s micro transactions though.

Hopefully DLC and not micro transactions...that would be pretty rough

Most likely DLC. If not, Nintendo is never gonna hear the end of it.

More than likely this means DLC since Superchris pointed out this same thing can be found on the pages for Smash and Fire Emblem, which have an expansion pass that can be bought in-game rather than needing to access the eShop separately.

Now I'm really nervous about the game. Animal Crossing would be EASY to ruin with microtransactions--either by selling furniture sets or even villagers.

I swear, if this game is ANYTHING like the mobile game, I'm out.

It could be expansions or additional modes. It isn't necessarily with just micro transactions.

Smash and Fire emblem have those ratings and those games only provided dlc months after the games came out.

Nintendo has made it clear that they want to expand the life span of their games with DLC and since they have no need to make a handheld AC game since they only have the Switch then this is likely referring to DLC. I imagine it'll have occasional updates to purchase like new items or new villagers like smaller versions of the welcome amiibo update.

Man I hate that this is being spread around without research being done.

For whatever reason the ESRB counts "Nintendo Switch Online" as an in-game purchase. So any game that supports it in any capacity and redirects to eShop will have this banner.

A few other notable games with no in-game purchases (besides dlc) that had the DLC.