Man says he single-handedly review bombed AI: The Somnium Files, cites Metacritic shortcomings and a "massive crush" on a character as his reasons

Truth is stranger than fiction
12 February, 2020 by rawmeatcowboy | Comments: 19 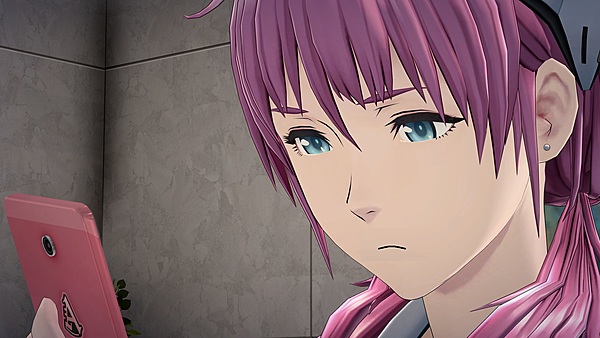 Last week, we posted up a story about AI: The Somnium Files being review-bombed on Metacritic. The game went from an 8.2 to 1.9 review average in just a single day. There was speculation that the review bombing stemmed from positive LBGTQ+ comments in the game's dialog, but that has turned out to be false. The real reason is actually quite a bit stranger.

ResetERA user Krvavi Abadas stepped up to take responsibility for the review bombing, which he claims he did all on his own. The reason for the review-bombing was two-fold. First up, Abadas wanted to showcase just how easy it is to cause trouble on Metacritic. The second part of Abadas' motivation comes from what he perceives to be mistreatment of A-Set, a character in the game. Abadas admits to having a 'major crush' on the character, and he didn't like how she was treated in the game.

Abadas is now banned from ResetERA, but you can still see his entire post on the situation below. WARNING: The comments below do include spoilers on the game.

In case you’re wondering how absurdly easy it is for one person to screw everything up so easily, it turns out they

1. Don’t block every “temp e-mail” site out there, the “E-mail Alias” feature on sites like Gmail might also have the same effect.
2. Have zero protection against people making multiple accounts at the same IP address.
3. Doesn’t even verify if you own the damn game.

The main lesson here is that Metacritic is utterly worthless when it comes to user reviews, remember when people review bombed Portal 2, now considered to be one of the best games ever made, because the game had a tiny, completely unobstructive, hat store?

As a reminder, Steam, which actively protects against this sort of thing and requires you to own the game before reviewing it. Still has “Very Positive” reviews.

The plan was to make a proper thread a few days after my tests were finished, demonstrating how you can easily turn any obscure game into one of the best or worst games of all time with just a few hours of work. Hence why i ended up archiving everything each step of the way. Anyone who’s familiar with my previous threads (Or watched the Gamexplain video on Tomohiro Kawasae) knows i like doing investigative articles on Gaming, and this was going to be no different.

To reiterate my thoughts on the game from previous threads. I loved most of the A-set videos and found them to be incredibly endearing, even developing a massive crush on her due to my general attachment issues. But i hated the actual game for how it basically ignores everything said videos were trying to build up, to the point that it takes Naixatloz, the proper antagonist of said videos. and tosses it aside by cruelly making them a hallucination caused by A-set having a brain tumor, with barely any foreshadowing. and even requires you to rip her f****** eye out yourself, as part of a bulls**t “One of the Psync machines requires you to remove an eye!” plotline that other characters get to conveniently ignore, all part of a route that’s specifically about her.

the protagonist being a unlikable asshole who’s sole character trait is “hehe funny sex joke” + basically spends 90% of the game completely abandoning his adoptive daughter, and the fact that i personally find the storyline it uses instead to be complete and utter nonsense filled with plot holes and ridiculous logic.

Honestly, if there’s one takeaway you should get from this unfortunate situation i’ve gotten myself into. It’s that A-set means a lot to me. Even though i hated how her game turned out, it still makes me really happy to see people doing things like creating fanart, and hopefully this encourages you (and Spike Chunsoft themselves, i really wish they’d make more videos!) to continue supporting her.

…Even it does end with you acquiring Somnium Files and actually enjoying it.

So a week ago, Resetera was blaming the review bomb on homophobia, Trump, gamergate, and whatever else they blame EVERYTHING on.

And now we know somebody on Resetera was responsible. And he is blaming it on Metacritic's lax restrictions instead of him being an irrational idiot. He probably financially harmed the people who worked on what is reportedly a pretty good game.

It sounds like he couldn't handle that his idealized waifu had actual flaws.

Edit: Noticed that there is indeed a spoiler warning.

So a week ago, Resetera was blaming the review bomb on homophobia, Trump, gamergate, and whatever else they blame EVERYTHING on.

And now we know somebody on Resetera was responsible. And he is blaming it on Metacritic's lax restrictions instead of him being an irrational idiot. He probably financially harmed the people who worked on what is reportedly a pretty good game.

If he financially harms Spike-Chunsoft, then that's just a bonus for a lunatic like him. This was an act of revenge, after all...

To be fair, the original creator of the post made it clear he wasn't sure, but that his best guess was the LGBT stuff.... It was everyone else who then were like "How can people be so hateful?! HUMAN SCUM!" I won't say you're wrong, and I'll add that when I first read the post of ResetEra, I had thought, "This doesn't seem likely.... but I don't have a better guess."

As far as detriment to the game is concerned, it may have a long-tail negative financial impact, but I imagine right now it's enjoying a renewed interest via sympathy purchases.

I'm still getting the game, though!

Do it fam, it's quite the VN. Thoroughly enjoyed my time. Be sure to check out receptionist every chance you get :^)

I knew the speculation was off on this one, the homophobia tells are usually more direct and this game was pretty benign on that stuff to be a target.

Strange case for sure. Maybe we won't be so quick to blame the Gamers™ for these things in the future? Ha.
The one thing I can agree with this moron on is having a crush on A-set, can't go wrong with the goddess.

It's very easy to get attention on the internet. Just take a "taboo" thing and twist it a bit around.

Yeah, the game looks very moody. Been eyeballing it for some time now.

Hmmm... Is this what they mean when they say this isn't the age of knowledge but of opinions?

In all seriousness, no. That observation is based on how, more often now than ever before, people are rejecting any sources that they don't agree with, no matter how reputable it is. That's because the Internet and social media are allowing all sorts of crackpot and conspiracy theories to be available and cited online. And because of confirmation bias, the people who genuinely believe those theories will hold it up as the best source and reject anything that says otherwise, no matter how trustworthy they may be.

Essentially conspiracy theorists are flooding the Internet, as well as politics of various countries, most notably the United States. Wikipedia sums up this way of thinking pretty well: "Conspiracy theories resist falsification and are reinforced by circular reasoning: both evidence against the conspiracy and an absence of evidence for it are re-interpreted as evidence of its truth, whereby the conspiracy becomes a matter of faith rather than something that can be proved or disproved."

This reads like one of those movies about a stalker who developes an unhealthy obsession with someone and then tries to win their affection by doing terrible things to people the stalker perceives to be the stalkee's enemies.

Where's that Miyazaki gif when you need it.

I can't decide if it's better or worse to stalk a fictional character. (~_~)

Sooooo Perfect Blue from the point of view of the Stalker?

Never heard of it but looking at the summary (Rica Matsumoto noooooooooo) I see similarities.

I guess the term "Male Yandere" would apply here?

I don't even think my actual waifu of choice would warrant me doing anything remotely this stupid. Yeah, Opera Kranz from Solotorobo is awesome, but I'd just want a plush toy of her and some merch, and maybe a rerelease/sequel to the game that has her in it. I wouldn't get freaking mad because she's not the main character or pushed more, that just goes beyond being a big fan to being a creepy stalker type.

Yep, that's very weird, but at least it wasn't a bunch of people against LGBT+ people.