Back before James Marsden landed the lead human role in Sonic the Hedgehog, numerous actors were under consideration. A piece of concept art from Blur Studio's Xu Tianhua Thx and Jin Xiaoyu shows that director Jeff Folwer had another vision of who could take the lead.

Yes, that really is Chris Evans standing back to back with Sonic. We're not sure if discussions with Evans even happened, but Fowler clearly saw him as a leading man in the movie. I have to admit, going from Captain America to a buddy position with Sonic would seem like a bit of a downgrade, but I wouldn't enjoy it any less! 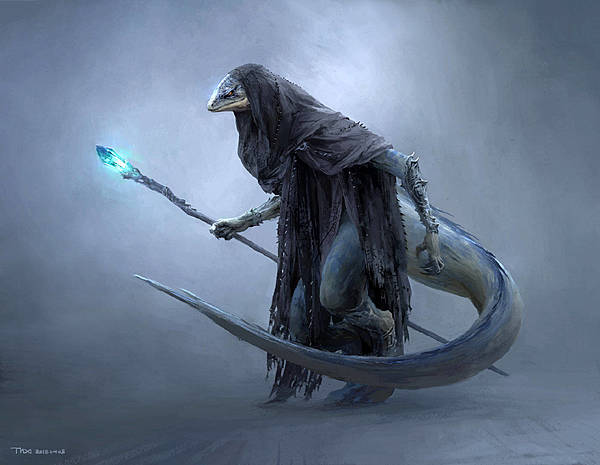 Along with that, concept art was discovered showcasing a lizard villain that doesn't make the cut in the movie. Hopefully some new details on this character pop up in the near future. It would be interesting to see what the original plan was for this guy!

I get some real Super Mario Bros. Movie vibes from this art.

They're nicely painted, though.

True. It's Sonic in Dinohattan. They needed a new hero, since Bob Hoskins has passed away.

According to a post by Tyson Hesse (guy who redesigned Sonic for the movie) on the Sonic Retro forums, the dino villain is what the Echidna tribe that tries to abduct Sonic at the beginning of the movie was originally going to be.

Well that explains everything