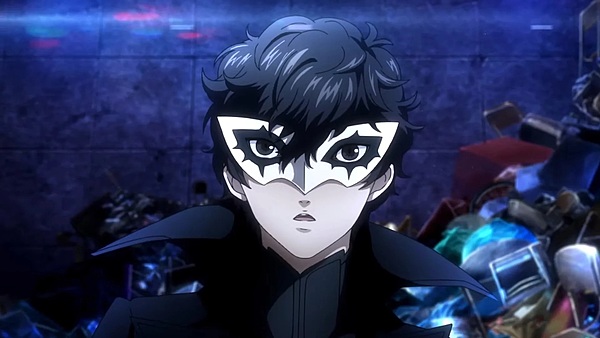 Many Atlus fans thought a port of Persona 5 to Switch would be an absolute lock, but instead, we're getting Persona 5 Scramble. Does that mean that all hope is lost for Persona 5? In an interview with IGN, Atlus Communications Manager Ari Advincula suggested fans keep fighting for the port.

“I am a strong believer in ‘never ever give up on hope’. You want what you want, and if you don't let us know it we’re never going to be able to make it.”

I agree that it's important to keep fighting for what you want, but by this point, Atlus has to be well aware of requests for the game to hit Switch. Let's hope they answer the call this year.

The problem is I already bought this game twice. Both times paying more then the usual $60 as I bought the limited edition of the first one and the stealbook of the second release, so even a hardcore fan like myself doesn't really want to bother buying and playing the same game 3 times

Edit: I should be clear that Royal hasn't yet released I just pre-ordered it.

Atlus Atlus Atlus...they just don't get it do they?

See, they had the chance to release their games from Nintendo systems from the very beginning. The issue is that they chose not to. Their stubborness to not release games outside of the ones that you developed games blew your chance for getting free money.

Let's start with Persona. What game in the series besides this spin off have they ever bothered to port on a Nintendo system even before the Switch?

The DS clearly had a large market for RPGs and is certainly powerful enough to atleast support 1-3 at the time but then they instead released them on PSP.

The 3DS outdid the Vita by a crapload but then they again, stupidly ignored the market for the 3DS and opted to be a Sony fanboy and release it on the PS4 and Vita.

And that's just Persona...what about Shin Megami? They released them on a mix bag where some are on Nintendo exclusive and others are other platform exclusive. Still to this day, Nocturne hasn't been ported multiplat. When the Swtich was out, they didn't bother to atleast take a nudge at releasing some of their older games to the Switch platform.

By now, Atlus should have just lost and remained bankrupt but the problem is that SEGA another master of stupidity owns them and decides to let them do whatever the hell they want to do. Atlus may not lose a lot but when considering that they need a survey to actually see the demand of their games to be ported on the best selling console right now is laughable.

I'd rather wished that Nintendo could buy them because atleast Atlus's exposure to RPGs can give Nintendo the push needed to focus on the RPG audience. That and they could potentially be the Golden Sun devs assuming they don't pull another Tokyo Mirage session crap.

It’s entirely possible that Sony have an undisclosed deal with Atlus regarding mainline Persona exclusivity. Maybe given how Japanese businesses usually rely on relationships with one another they might keep Persona proper exclusive to Sony out of tradition and support for them as letting it go elsewhere might risk souring their relationship. Who knows, but Atlus do a good deal of Nintendo exclusive stuff (Etrian Odyssey, most SMT games etc.) so its not like they have anything against them.

I feel like if they could have put P5 or hell even 1-4 on Switch with nothing holding them back they’d have done so by now already. Whether it’s a Sony deal or Atlus choosing to keep those main games exclusive to PlayStation to keep a strong relationship with them, we may never know; but I highly doubt they’d be leaving money on the table by not bringing those games to Switch.

EDIT: Also, them being willing to bring Scramble over right away but not the original game is really telling that there is something getting in the way of putting proper Persona games out on other platforms. It would make no sense whatsoever for them to believe a spin off would be successful but not the real thing and just ignore porting Persona 5. Same with Persona Q/Q2, happy enough to bring spin offs over but not real games that would have likely sold much better. I’d really be surprised if there’s no sort of arrangement Atlus have with Sony that’s stopping them from bringing it over.

I don't buy that undisclosed deal crap. If Sony really wanted Atlus to remain exclusive to Playstation, they can either do a contract that keeps them exclusive or simply downright buy them. At best, Sony could simply play a monopoly with Atlus and just make them do timed exclusives.

Atlus doesn't want to make money big time. If at all they want money, they can easily port atleast the earlier Shin Megami games on Switch/PC but they still don't do it. And the fact that they didn't give the fans what they want with the TMS game shows they don't want money at all. And let's not pretend that the settings that they use for their games as well as the gameplay side of things are also at a niche audience.

Besides, Atlus is now owned by a third party company who should not face any problems with Sony considering that they were able to port Yakuza to PC as well. SEGA themselves are saying that they are fine with Atlus games being ported multiplat but its up to Atlus to decide on that aspect.

Scramble is nothing. Its just them being lazy to not do a 5 port and instead do this to see the demand. And being that its developed by Koei Tecmo as well, it would be stupid to not do a Switch version of it.

Persona 3 would not work on the DS, are you kidding me? They already had to strip the 3D hub world in the PSP version

So port the psp version then? Back then you have different versions of the same game which works.

You could make people have hope about playing the game by announcing it for their platform.