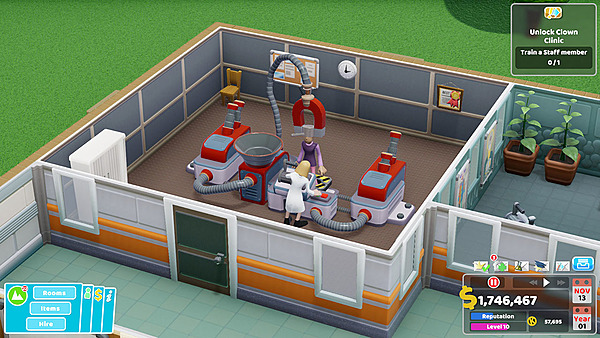 Two Point Hospital is making its way to Switch later this year, and it sounds like plenty of people are eager to get their hands on it. In an interview with Nintendo Life, Two Point Studios co-founder Gary Carr said the Switch version of Two Point Hospital was the most requested of all versions. Hopefully it ends up being a quality port!

You can actually see a lot of footage of the Switch version of Two Point Hospital in the video feature below.

For some reason I read that as "...says Stupid Boss". Flashbacks of the Onion headlines.