WayForward on why they've made Vitamin Connection a Switch exclusive 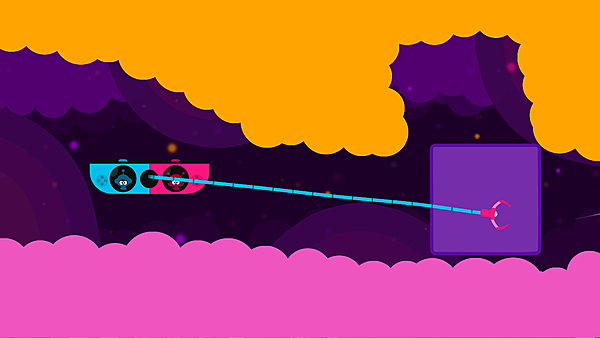 Vitamin Connection makes use of pretty much everything the Switch has to offer, which doesn't make a port to other platforms impossible, but a ton of retooling would have to be done. As of right now, Vitamin Connection is exclusive to Switch, and it's not going anywhere else. Why did WayForward decide to do this? Director James Montagna explained in a Comicbook.com interview.

This isn’t a very deep answer, but... I said, “I want to make a game just for Switch!” and then we assembled a crew and made it! Another factor that might answer the question is that I think the development of Vitamin Connection was, more than anything else, motivated by a burst of creativity wanting to be expressed. And in the end, I feel embracing that creativity often leads to very successful business anyway. WayForward’s track record of original titles stands as an indicator of this.

Is that the same guy who made the Dot Arcade/Dodge Club games?

I'll only believe it remains a Switch exclusive if its published by Nintendo.

There are so many third party games that remained exclusive for a console a long time but then eventually get ported on multiplats. Just look at Mega Man Zero series. Was exclusive on GBA for a long time but now its ported elsewhere.

Third parties want money and they won't stick games on one platform at all. It may take a long time to port the games but it will inevitabily happen as long as they see potential money out of it.