Speeding onto Switch later this year
19 February, 2020 by nintendojam | Comments: 2 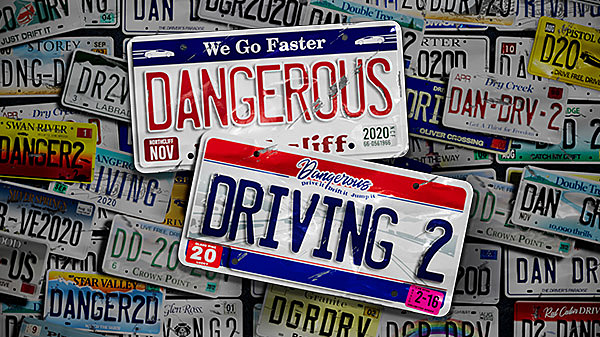 The sequel to the Burnout spiritual successor has been officially announced by development studio Three Fields Entertainment, and will be coming to Nintendo Switch. While Dangerous Driving 2 doesn't have a final release date yet, it's been confirmed to be releasing sometime this holiday for all platforms. Gameplay footage hasn't been revealed, but a demo of the game will be playable at PAX East 2020 later this month. A synopsis of the game can be found below.

Dangerous Driving 2 is the arcade racer for everyone, featuring slick driving that rewards racing fans wanting to test their lightning reflexes at eye watering speeds. Set within a dynamic open world, players can choose how they want to race, either by competing in a host of thrilling events against AI opponents or going for a cruise in freedrive mode and testing the limits of the game’s emergent crash mechanics with huge multi-vehicle pile-ups. This world can be explored solo or in split-screen multiplayer, while those looking to challenge the best drivers around the globe can take the action online.

Never played the first one, but it looks good. Switch really needs a Burnout style racer. WiiU got Need for Speed Most Wanted from the developers of Burnout and it's superb.

I wish we got Burnout, too. That and the rumored FZero from that developer as well.