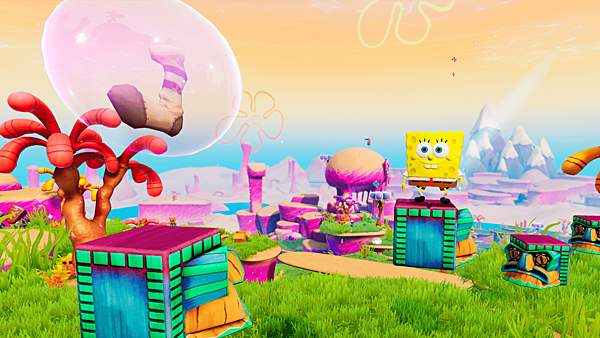 THQ Nordic is hard at work on SpongeBob SquarePants: Battle for Bikini Bottom - Rehydrated, a revamp of the classic GameCube game. Updating such a beloved title can be a dangerous thing, as you don't want to mess with the memories people have. In an interview with Epic, THQ Nordic Producer Martin Kreuch explains how the team is carefully going about things.

It was very important for us to keep the abundance of distinct gameplay moments in Battle for Bikini Bottom, which is still one of the most varied platformers out there. Each level has a distinct look and feel, and often adds some unique gameplay mechanics to support this. You have three playable characters–SpongeBob, Patrick, and Sandy–each with a unique set of skills. Other than that, the biggest challenge was simply to do justice to both one of the greatest animated series ever and arguably the best game based on the franchise.

Since the original game is still very fun to play, we focused on the details that would make it feel like a modern console game. This involved tweaking the camera, the movement, and dialogue animations, and implementing a lot of ease-of-use features, like [including] a modern saving system, for example.