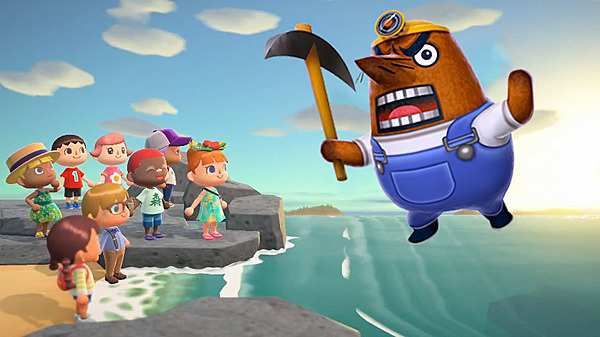 Back in a Mashable interview from June 2019, Nintendo's Aya Kyogoku confirmed that Mr. Resetti was let go from his previous job, as his services weren't needed in Animal Crossing: New Horizons. It was also teased that Mr. Resetti would be getting a new job.

"I think this will be a positive thing for the player, because in New Horizons you can stop playing in the middle of your game and it'll still save, but unfortunately because there's no necessity to reset the game or reset button on the Switch, Mr. Resetti had a hard time. He was laid off from his position. We also believe that Mr. Resetti is looking for a new job after his layoff. So please look forward to that."

While we haven't seen Resetti yet in any gameplay, today's Nintendo Direct showed us that Resetti has taken on a new position. Check out the 10:50 mark in the video below to see what we mean.

While we don't see Mr. Resetti in this clip, there's no doubt he's involved with the new Rescue Service. That section of the Direct features a remix of Mr. Resetti's classic song, so we're sure he's helping out behind the scenes, rescuing islanders who are having trouble getting home.

Thanks to Kolma for the heads up!