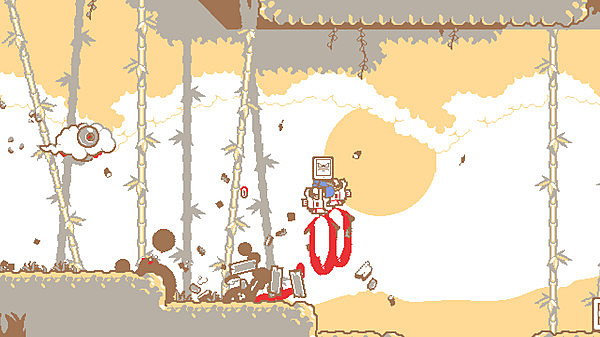 Developers work years and years to create a game, pouring tons of sweat, tears, and money into the project. When it finally releases, you can only hope that it finds an audience, and gets positive buzz from gamers and critics alike. Unfortunately for the devs of KUNAI, their game ended up being the target of a review bombing on Metacritic.

As we discussed yesterday, KUNAI was the focus of a Metacritic review bombing recently, dropping the user score to a 1.2 from an 8.1. Even worse, the person claiming responsibility for the bombing said they chose the game at random.

Obviously seeing this happen has made for quite a tough situation for the developer. In an interview with GamesIndustry, TurtleBlaze producer Bram Stege spoke out on what its been like dealing with this sad situation.

It causes stress. You hope that the audience of Metacritic is smart enough to see, 'Oh, they got an 8.3 from the critics and a 1.6 from players, so there must be something up.' You hope it doesn't affect sales. I don't know if it affected sales. But it does generate a lot of stress. You've been working for two years on this game. You put all the blood, sweat, and tears into it. And then one guy on a Sunday afternoon with basically no effort can bomb your score from a big, positive score to a 1.7. It's very stressful."

Metacritic is a joke. forget that site but seriously, this is the second game to be "review bombed" that i know of.

Kids have way too much time on their hands.