Mortal Kombat co-creator says having the series represented in Smash Bros. Ultimate would be 'a really cool thing to see' 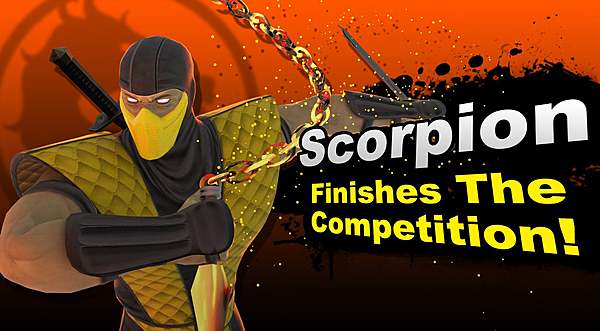 There are so many characters in Smash Bros. Ultimate that most people thought would never happen. Banjo and Kazooie made their way over, Joker dropped by, and even San from Undertale is represented through a Mii costume. Still, with all that said, there are other franchises that seem like they'd be downright impossible to have in Smash Bros. Ultimate. Mortal Kombat would definitely be one of those.

While having someone like Scorpion or Sub-Zero in Smash Bros. Ultimate would be next-level surprising, that doesn't mean people don't want to see it happen. Ed Boon, co-creator of Mortal Kombat, is definitely on-board with the idea. When Shacknews asked about Boon's thoughts on Mortal Kombat getting recognized in the Smash Bros. universe, here's what he had to say.

From my perspective, me personally, I can't speak for all of Warner Bros. or anything, but it would be a like a stamp of approval. Like being part of the gang. I would love to see something like that. ...that would be a really cool thing to see.

All I care about is... Why is he not the Ko-Kreator?

I would have said that violent, bloody games don't have any chance for SSBU representation, but Resident Evil got some spirits, do really anything is possible now.

Anything is possible except Mai.

I dunno... a game about dodging zombies seems a far cry from a game about murdering your opponent with extreme and graphic brutality...

There is nothing in Scorpion's or Sub-zero's movesets that aren't fitting for Smash.

Well unlike the rumors for Doom Slayer, at least Mortal Kombat has had some history toning down the violence for a friendlier rating.

There was a Mortal Kombat 3 cartoon (but set as an AU sequel to the original MK movie), there was MK vs. DC that had "SNES" type fatalities that wouldn't be too excessive or different from SNES Killer Instinct's No Mercys (also a callback to the censored version of Mortal Kombat 1 on SNES), and Scorpion, Sub-Zero (Kuai Liang), and Raiden appeared in the two Injustice games.

The problem though is Mortal Kombat has had zero Nintendo exclusivity outside the sole character, Khameleon (who hasn't been seen in the new timeline), since MK skipped Nintendo platforms since the timeline reboot until the release of 11 on Switch.

Toned downed versions of Doom were on both the SNES and the GBA.

Actually SNES one kept most of the violence outside one that hardware limitations caused. Only references to hell were removed and blood from gunshot hits were taken out. SNES Doom happened back when Nintendo had strict censorship implemented via NoA.

It's only the GBA version of Doom and Doom II that was badly censored (the blame went to Nintendo for discouraging M-rated games for GBA, but I don't know if that was NCL or NoA that called for it). So only one multiplatform port of Doom and Doom II was censored on a Nintendo platform. All other multiplatform ports for Nintendo systems kept the violence intact outside hardware limitations.

But the issue with Doom Slayer being a part of a very violent series is that no Doom games have had exclusivity on Nintendo platforms. All Doom releases have been multiplatform releases.

Not sure what having an exclusive Doom title has to do with anything... I mean, was there ever a Mortal Kombat title exclusive to Nintendo systems? And yeah, Doom 64...

My issue with Mortal Kombat is that it's always been about murdering your opponent; it's the one big selling point of the series ("It's like Street Fighter, but you kill the other guy!")... even the first game had beheading and spine-pulling and impaling and burning people to a crisp... and the newer ones? Let's just say "extreme graphic violence, blood and gore" doesn't quite describe it. Even at it's most PC Mortal Kombat was a brutal murder simulator...

Older Doom games were violent and bloody, but to my knowledge never that extreme (things like glory kills and realistic evisceration are more recent additions)... and then it was all about killing armies of monsters, not whoever your opponent was...

If Americans are to decide there's a bigger probability for Skorpion than a little cleavage, so...

Would love it. Could finally have that Scorpion VS Ryu match I dreamed of as a kid.

Sakurai doesn't seem to respect western series very much though, and there's only 6 more characters left since there won't be anotjer fighter pass. That really makes me doubt we'll see too many shocking reveals like this.

Keep that garbage in the dumpster where EVO left it.

A Mortal Kombat character would be awesome in Smash. Big franchise with a lot of Nintendo history, makes perfect sense.

As for being too violent to have representation in Smash...y’all ever played Bayonetta? Sure it’s against fantasy creatures but some of those torture moves are brutal. And some of those enemies like Joy and their respective torture attacks are about as un-family friendly as it gets. If Bayonetta can get in there really are no boundaries. The only reason for an MK character not to get in would be because of Nintendo/Sakurai not fully embracing Western designed IPs.

Lui Kang or Raiden would be pretty cool and doable.