Music to the ears
by rawmeatcowboy
22 February 2020
GoNintendoGN Version 5.0 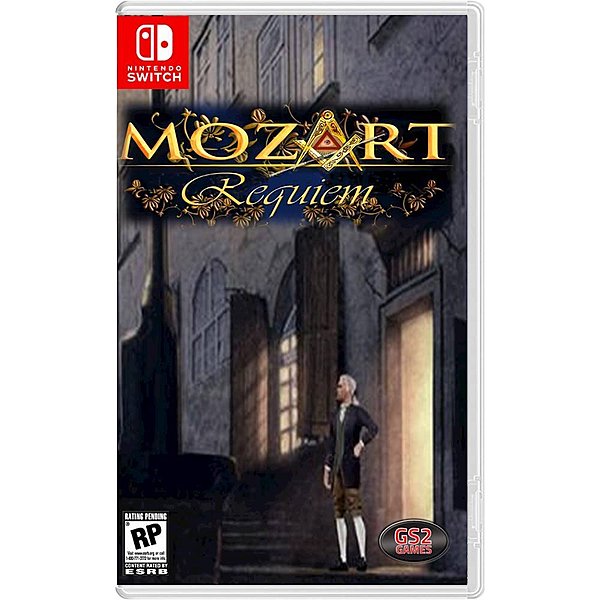 It looks like GS2 Games is going to publish a physical version of Mozart Requiem for Switch sometime in June 2020. While the publisher is yet to comment on the matter, numerous retailers show a physical version in the works. The evidence is kind of indisputable, with EB Games Canada, GameStop, Deep Discount, Best Buy, and others all featuring the listing. While we wait for the official announcement, check out gameplay details below.

With murders, sinister intrigue, and occult ceremonies going on all around, only his genius will allow him to get to the bottom of this hideous plot. Join Mozart as he must find his way through 18th century Prague, find the clues, and solve the great mystery. Displayed in the stunning 3D third person, Mozart will need to use all his genius to uncover the various plots, discover how and who has committed various crimes, and clear his name before he is charged with murder.

The musical prodigy finds himself plunged into the heart of a terrible conspiracy that is underway, designed to dethrone Joseph II, Austro-Hungarian emperor and Mozart's benefactor

Features the historical city of Prague modeled accurately on period maps with actual characters, personalities, and intrigue from historical records

During the game, the player will have to finish writing some of Mozart's masterpieces in order to ultimately decide who is behind the killings