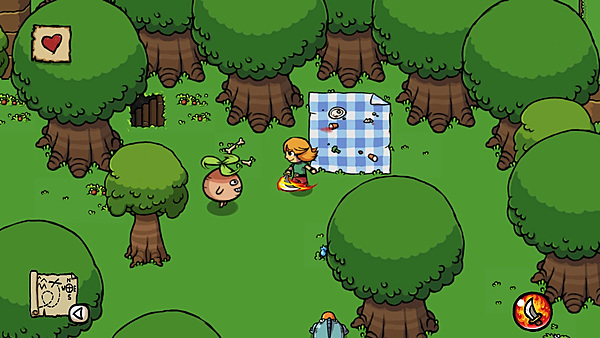 1Print Games is currently working on a physical release of Ittle Dew for Switch, and unfortunately, there's been a bit of a setback. The game is still slated to launch in Q1 2020, but it's coming a little later in the quarter. Check out full details on the delay below.

“It’s been awhile since our last Ittle update! I wasn’t intending to write this, but for transparency’s sake, you deserve to know what’s going on with our next release – Ittle Dew.

So… things were going according to our internal schedule. We placed our orders with Nintendo and other suppliers and paid for everything in January.

But.. Nintendo Japan staff found a bug in lotcheck. Thanks to Ludosity’s quick efforts, they stamped that out very quickly. A week later, they found another one. Again, thanks to Ludosity, it was fixed in a day.

The two bugs were present in the original version and went undiscovered until the brilliant staff at Nintendo Japan spotted them. So kudos to them!

Due to how lotcheck works, we had to resubmit the new build again and again for testing. And that added up to many many days. But we know it is important to have all the updates in one Game Card, so we proceeded with fixing them.

So the bad news – we were intending to officially reveal Ittle Dew by the end of this month. Now we have to push that back by a short period of time.

The good news – there won’t be any delays. We were planning to release Ittle Dew in Q1 2020 – that’s still going ahead as planned.

Of course, if that changes because Nintendo finds another bug (hopefully not!), we will update you accordingly.

Ittle Dew will be offered as an individual product after its official reveal, but for those of you who want to get Kero Blaster, Ittle Dew, and Death Squared, I highly recommend you to grab our Triple Set.

It’s cheaper than buying all three games separately and you save in shipping costs. Plus, they are all fantastic games created by amazing developers. The discount for the Triple Set ends on February 27!

That’s all I have in my third Ittle update. Thank you for your patience!”