Intelligent Systems currently at its highest employee count ever 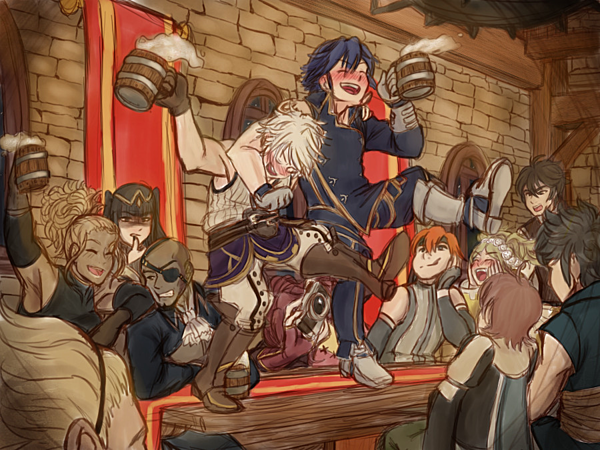 The story is infamous by now. Nintendo and Intelligent Systems were pretty much ready to give up on Fire Emblem as a franchise, but they decided to give things one last shot. That lead to Fire Emblem Awakening, which ended up being an absolutely astronomical hit. It was the game that saved the franchise, and has helped propel it to the heights of today.

Fire Emblem Awakening launhced in 2012, and Intelligent Systems has been growing ever since. As of Jan. 2020, the developer employs 169 staffers, which is the highest number ever. Check out the split between what those staffers do below.

It's worth pointing out that the percentage of female employees at Intelligent Systems has been growing as well, with the biggest jump taking place since 2018, with female staffers seeing an increase to 44% from 30%. All this success has lead to quite the increase in capital, which is currently listed at 23.9 million yen, a 276% increase over capital in 2017.

I’m so happy for IS and FE franchise. I can say that I didn’t know about FE, but decided to try Awakening for the 3DS and fell in love with it. I’ve enjoyed all FE games after that.

Yea Awakening was the turning point of the franchise. There are many hits and miss but they got it just right with three houses.

Me too! Awakening got me into Fire Emblem and its been my favorite game series as well.

If you're referring to Paper Mario then I know Arlo would already be all over it. I guess it depends on if Tanabe is more occupied with Prime 4 though because while the dude did wonders for Metroid with his minimal story focus for most of the Prime series, this didn't translate well to when he took over as producer on Paper Mario.

If anything, the Metroid Prime series has seen more and more actual storytelling as time has gone on, so I don't know if we can assume Tanabe has some sort of anti-story mandate in his works or not. I wouldn't be surprised if such a thing came from Miyamoto's influence, though.

Haha yeah Paper Mario. I'm a huge fan of the originals and there are those rumors flying around. A friend had recently doubted the rumors because he said they didnt have enough staff to be making the game so this article has good timing lol

Wasn't the actual staff working on Three houses rather small, with a lot being outsourced to Koei Tecmo? I guess since FEH's the real money maker, that's probably where a lot of the resources are going.

Happy they are doing well as I have enjoyed Three Houses a ton. That being said now that they are bigger hopefully we see more than just FE from them. Hopefully Paper Mario, WarioWare, and even a new Advance Wars are all on the horizon.

With that much of staff in, surely IS can like work on other projects besides Fire Emblem.

Like can we expect them to do a Paper Mario, Advance Wars or heck, ANY dormant IP that needs to be revived?