The synapses start firing in May
24 February, 2020 by rawmeatcowboy | Comments: 0

Synaptic Drive has had a long road to the Switch, as it originally struggled to find a publisher. After years of being shopped around, things started to come together. Now the game has a final release date, and it's set to launch on May 28th, 2020. 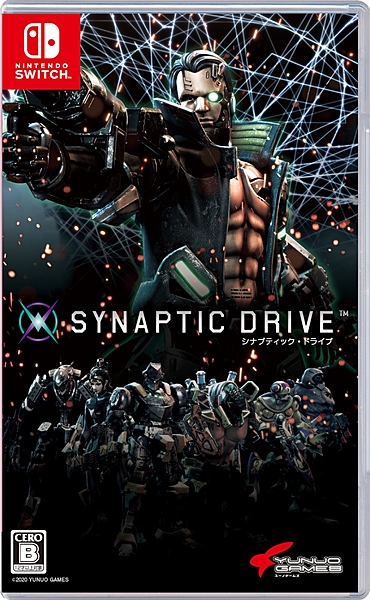 Adding to that, a physical version of the game has been announced for Japan. It's priced at 3,980 yen, and those who preorder will get a set of two clear files. As for the game itself, check out a refresher below.

Set hundreds of years in the future, diverse fighters from space have assembled on one planet to battle in competitions. Some want to show off their abilities, some live to fight, while others are after prize money… Whatever the reason may be, they’re all aiming to come out on top. To attain superhuman reflexes, these fighters have mechanized their bodies to activate synapses in the brain. Such are the origins of Synaptic Drive.

Synaptic Drive will be released worldwide, and will allow for cross-platform battles between Nintendo Switch and Steam. The gathering of fierce fighters from all over the globe perfectly mirrors the overall theme and world of Synaptic Drive, where battles spanning the universe unfold every day. (For Switch, a Nintendo Switch Online subscription is required.)

Unique Fighters with their Own Reasons for Battling

Some fight to survive, others do it for the fame. These fighters are diverse, and come to the arenas from all over the universe. From former soldiers of Earth, phantasmagoric scientists, and AI robots, to fighters never seen before. Through battling, you’ll come to honor them.

Bodies, Weapons, Arenas, and More… The Battle Already Begins with what You Choose

Synaptic Drive is a game with heated high-speed battles in which you must use your brain to stay a few steps ahead. Reversing an opponent’s play style and picking the required bodies, guns, wires, and trackers will lead you straight on a path to victory. Fight again and again while discovering the parts best suited to you. There are also all kinds of battle arenas. Finding the right parts and strategies that work best for the arenas is one of the highlights of this game.