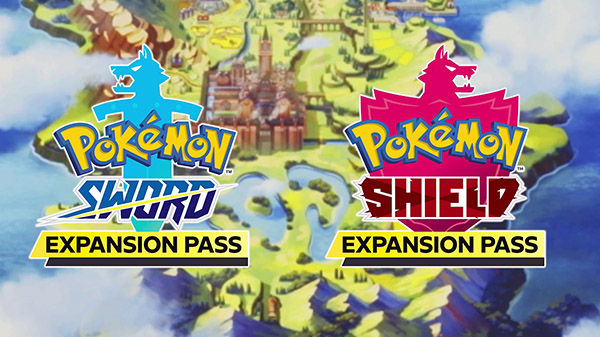 Looks like Nintendo and Pokemon Co. are going to have another hit on their hands. A recent Famitsu poll asked readers about their interest in the upcoming Pokemon Sword and Shield Expansion Pass, and respondents were extremely into the idea. Of the 900 people who answered the poll, 88% said they're going to purchase the pass. 10% of those who responded said they were unsure, and 2% said they were going to skip it.

I gave them the benefit of the doubt with the base game, and was disappointed. I won't be picking this one up.

It would be interesteing how many people already HAVE bought the Expansion Pass. I assume these people are included in the "Want to buy" figure?

I mean compared to past "third versions" (and stuff like USUM), I think the Expansion Pass is the way to go from now on. You could argue that much of the content such as those 200 returning Pokémon ought to have been in the base game to begin with, but at least the base game is still keeping with the DLC, now that people can bring in their past Pokémon to it again even without the Expansion Pass.

And I mean, yeah, you still can't get those guys in the game itself without the Expansion Pass, but I just see it as what happened in BW1 where you couldn't obtain past Pokémon at all without trading them up from GenIV, and people commended BW1 for the fresh start.

That was 10 years ago, when people didn't complain about every aspect of their lives.

Jokes aside. I agree that the expansion is preferable to the third version. I just want to get a grasp as to how much play time it will actually add to the game.

To be honest, I do remember being annoyed with BW's reset Pokedex, but only because I couldn't catch my favorite at the time without transferring from DPPt (It's Lucario, for anyone curious). I eventually came around and started liking the games (Braviary is in my Top 10), but I feel like if BW came out today, the reaction would be the same as SwSh. But that's just the world we live in, eh? XD

I also agree that this is better for SwSh, because it means they can flesh out the game as a whole, not just add new areas. And if I had to hazard a guess as to playtime, I'll assume it'll be a fairly large amount for Isle of Armor, since it revolves around raising Kubfu at least until it evolves and training at Mustard's dojo. The levels for wild Pokemon will probably higher as well, since most folks will have full teams of Level 100s by the time it comes out. We don't know enough about what goes on in the Crown Tundra storyline-wise, so I can't make a better guess than roughly as much as Isle of Armor.

Hasn’t it always been the case of games having a number of Pokemon unobtainable in-game and required trading up? I don’t think people were ever upset about that. They’re upset now because they have 400-odd Pokemon sitting in Pokemon Home that can’t go into a game at all.