Become the hero in these anime-styled RPGs 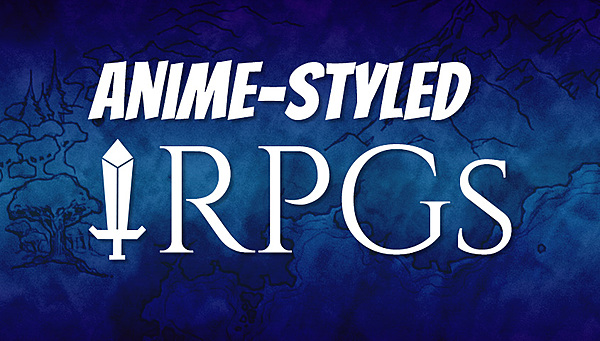 If you’re looking for a game with a compelling story, strategic combat, and slick visuals, you’ve come to the right place! Gear up and engage in these anime-styled RPGs.

An interdimensional evil has invaded modern-day Tokyo, resulting in this fantastical barrage of music, style, and yes, danger. So, fight back! Battle through dungeons to pump up your strategy and creatively decimate your foes…before all hope fades to black.

A hunted hero must uncover the mystery of his fate. With the help of a charismatic cast of supporting characters, they embark on a quest across continents and over vast oceans as they learn of an ominous threat facing the world.

The World Ends with You: Final Remix:

Complete the mission...or face erasure. That’s all Neku knows after waking up in the middle of a busy intersection without his memories. Now, he and his partner must fight to survive a life-or-death game. Experience the definitive edition of the game with an extra chapter, exclusive two-player combat, and remixed music.

Guide a group of legendary warriors on a journey through the tragic history that doomed a kingdom and drove a hero down a dark path. Defend yourself from Malos and his forces, fighting as both the artificial lifeforms known as Blades and their masters, the Drivers.

After a mysterious disease breaks out, Roddick, a member of the village’s local Defense Force, and a group of friends make their way to the neighboring town to learn more. Informed of a cure for the sickness, the group makes their way to Mt. Metorx… here is where their story begins.

Humanity has been shattered by invaders from another realm. To reclaim their home, an unlikely fellowship of heroes will band together to spark a revolution. Explore various realms, awaken your inner strength, and form alliances to amass a squad strong enough to stand against the invading forces.

Ni no Kuni: Wrath of the White Witch:

Join Oliver on an adventure through a world inhabited by friends and foes alike. With his trusty buddy Drippy by his side, he’ll tame familiars, take on enemies, and overcome the countless challenges that stand between he and his mother’s salvation.

Awaken shipwrecked and stranded on a cursed island. As Adol, you and the other shipwrecked passengers form a village to challenge fearsome beasts and mysterious ruins on the isolated island. Join Adol as he unravels the riddle of the cursed isle and the blue-haired maiden.