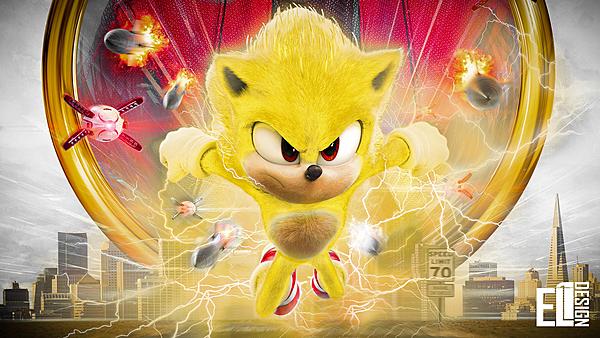 While the Sonic the Hedgehog movie certainly had plenty for fans to enjoy, there's still some things that people wanted to see, but didn't make the cut. Some fans were hoping we'd get to see Super Sonic make an appearance, and in an interview with Comicbook.com, director Jeff Fowler says it was considered at one point.

"It didn't make sense to obviously bring in the Super Sonic thing just yet. I mean, there were very early versions of the script and the outlines where... because we knew that's something that's very important in the fan mythology, or the mythology that fans love. And Chaos Emeralds are definitely a huge part, even going back to the first game in '91, and it was definitely something that we were kind of trying to see. Like, "Does it make sense to include one of these?

Let's just... let's do the origins as Sonic and Robotnik and try to nail those characters before we potentially would open it up to some of these elements from the games that fans know and love.'"

I really like how they're taking it slow. Show you have a handle on the two most important characters before really going all-in with the lore.

I think the Sonic movie franchise is in really good hands as long as Fowler's around. He seems to really respect the source material.

*sigh* ...to think that a videogame movie--and a Sonic-based one at that--instills more hope, confidence and anticipation for a franchise's future than a Star Wars movie... what a time to be alive...