ARMS graphic novel series still in the works, but no release date set 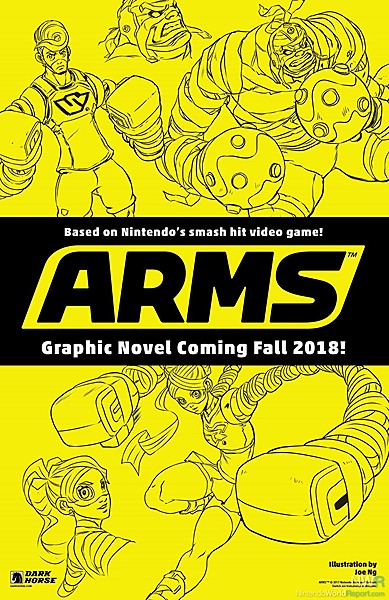 All the way back in October 2017, we learned that Dark Horse was going to publish a series of ARMS graphic novels. They announced that the first of these novels would release in Fall 2018. As you know, that never came to be. We're all the way in 2020 and we haven't seen a single novel release, so what gives?

According to a Dark Horse rep at Toy Fair 2020, the series is indeed still in development. Unfortunately, no specifics were give on how the series was coming along. The only other tidbit shared was that the project has no set release date yet. Sounds like a bit of development Hell for the time being, but hopefully things pan out.

Yeah, ARMS is kind of past its prime.

This makes me want to revisit the series again. The online tournaments were a real workout, just had to power through. Looking forward to a sequel if they think they've got more ideas.

Just the few sketches we have look terrific. I can't wait to see how this goes.

ARMS is such a great little game. I hope they come up with a sequel at some point. As far as I'm concerned it's pretty much the new Punch Out. Or at least I don't think it can co-exist with Punch Out so they'll have to go with one or the other.

I still miss Spring Man as a Smash Bros. fighter :-/