A match made in heaven
by rawmeatcowboy
29 February 2020
GoNintendoGN Version 5.0 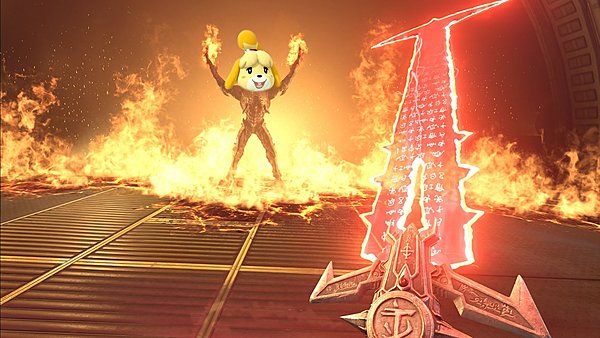 While DOOM Eternal isn't coming to Switch on March 20th, 2020, that is the release date for other platforms. It also happens to be the date for Animal Crossing: New Horizons. When fans caught onto that, they decided to start creating fan-art and memes that stuck the DOOM Slayer and Isabelle together, and the idea just took off.

There's no doubt people at Nintendo have seen the memes, and the same goes for the gang at id Software. In an interview with USGamer, DOOM Eternal EP Marty Stratton shares his feelings on those memes.

"I think it's awesome. The two games could not be more different. They will both be very high quality, polished games, but Hugo [Martin] said this as we've been talking about it and talking with other people about it: it's kind of like an Evil Dead movie releasing the same time as a Disney movie, and people kind of loving that contrast. I think that contrast between the two things is what makes the memes so good."

Stratton also took time to give another update on the Switch version of DOOM Eternal, and it sounds like things are going well.

"We really haven't talked about dates or anything—I can say that I played it about a week ago, and I am stunned. Our partner on that, Panic Button, I've referred to them many times as masters of the platform, and they're proving it again. I really think it's gonna surprise people[...] I see it all the time in the comments, when we release a video: 'Can't wait to play it on Switch, can't wait to play it on Switch.' I think people are going to love it. We're having it come out later because we want to do the right job with it, we want it to be the highest quality version of the game on the Switch," he continues. "[We] don't want to be compromising in any way."