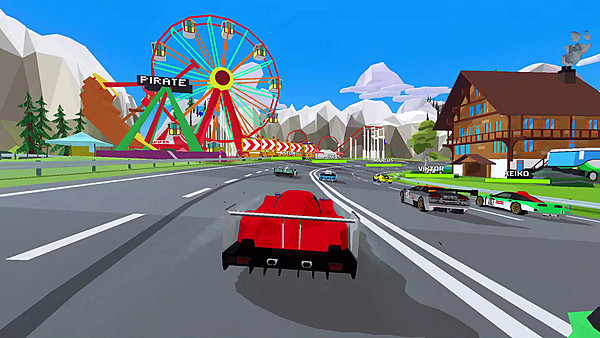 It has been a long road for Trevor Ley and the team at Lucky Mountain Games. They've been working so bring a classic arcade-style racing game out for nearly 10 years now, and the team is close to the finish line. Hotshot Racing is heading to Switch this year, but the project originally started out with a completely different name, as well as target platform. Ley explained the original plan in a Eurogamer interview.

"The plan back then was to go on mobile because that was a time when iPhones had become quite popular."

The plans for release platforms kept changing as the years went on. The game, then called Racing Apex shifted from mobile to PC, and then to consoles as Hotshot Racing. In all those years of shifts, a lot more has changed than just the game's name.

"It evolved quite a lot. I think with the amount of time that it's taken, it's sort of been honed down, a little bit like grains of sand going through an hourglass. It's been filtered down to what it is now; a supersonic racing game first and foremost, with the kind of handling that you would expect from something that was inspired by Daytona or Out Run."

I want to know what happened to 90s Racer that was due out on Wii U. Now called 90s Super GP and held by Nicalis in development limbo.