RUMOR: A Nintendo Direct or Indie World Showcase could air as early as next week 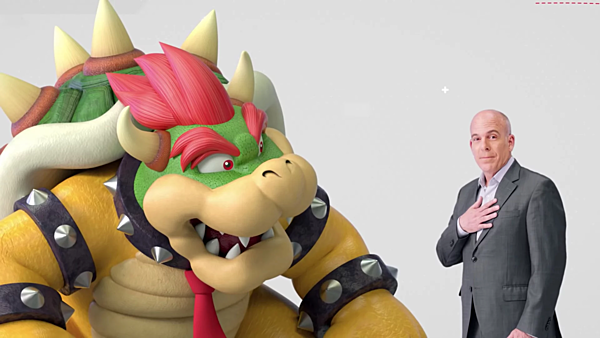 Everyone has been wondering where the next Nintendo Direct is. We're long overdue for one, and rumors have been floating around for awhile that one is in the works. The gang over at Venturebeat supposed has the details on what's around the corner, and they've shared the following tidbits.

Oh my God if it's an Indie thing and not a Direct there will be hell to pay.

Oh my God if it's an Indie thing and not a Direct there will be hell to pay.

Yeah, I have to admit I'd be disappointed. I need to hear about some big first party stuff soon. We're reaching a point where I will have nothing to look forward to.

I would absoluty go bananas if it's not a traditional Direct. I've been expecting one since after the Video Game Awards

So if it airs before that you have to promise not to post any more Venturebeat rumors. Because holy hell, that is a really crappy and broad rumors. "Next Nintendo Direct to focus on new 2020 games" uhh, DUHHHHH!

If we keep saying there is a Direct next week, we'll eventually get it right

This year is gonna be weird with delivering info. E3 isn’t a guarantee this year, so doing a Direct now that teases a big title for E3 (like Smash two years ago) might screw up plans. Plus with other things getting affected by Covid-19, I’m sure a ton of logistics for 2020 is messed up. I bet Sony is keeping their mouths shut for the same reason, and their fanboys are just as iCal about the silence.

*sigh* can we please switch the nindies and general direct dates please. Its not like we've been waiting over 7 months for a new general direct..

Not exactly titillated to be inundated with reams of pixelated nostalgia shrines for the umpteenth time.

For Nintendo's sake, that general direct better be damn fucking good. I'm this close to hopping off the Switch train.

The drought sure is driving everyone insane.. but not me though because I still got a bunch of games to play and that's all that matters in the end.

It comes when it comes. There are so many games to play...

Honestly, I still need to finish Luigi and Dragon Quest. After that I'll admit my switch backlog only consists of Doom 2016 which is almost done and Crash trilogy which I don't consider as mandatory.

And there is Animal Crossing coming so yeah. I still have some stuff to do but they do need to announce things soon.

Apart from Doom Eternal and Xenoblade, there is not much i'm looking forward to.