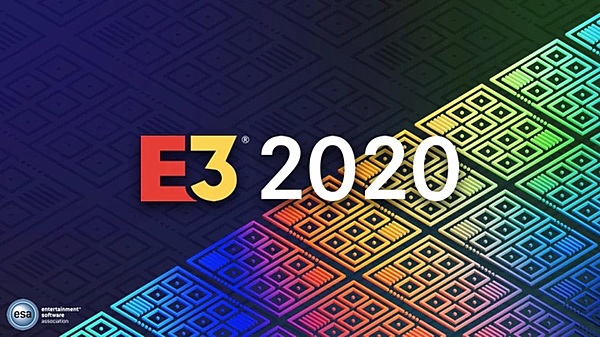 There has been a lot of discussion as to whether E3 2020 is going to continue as planned, or get scrapped due to the coronavirus. We're hearing that a decision has been made, and E3 2020 is indeed going to be cancelled. While we don't have official confirmation yet, we do have this tweet from Devolver Digital.

That certainly makes it seem like E3 2020 is no more, but we'll update this post with an official confirmation/denial when one becomes available.

UPDATE - Bloomberg is saying that E3's cancellation will be announced at 9:30 AM PT, and show organizers are “exploring options for an online E3 event this summer.”

Why is everyone freaking out so much. It’s so stuuuupid!!!


Because it's beyond containment, spreading like wildfire across the world, with most countries reporting at least a few confirmed cases?
Because there's already a second distinct strain of the virus, which means there could possibly be more?
Because there's no vaccine yet and at rates things are going there won't be one for over a year?
Because if the estimated 3%-4% fatality rate is accurate that's still a lot of potential casualties?
Because the response of America's government has been nothing short of a catastrophic joke?

Kinda hard not to be a little spooked when the gist of the situation is "there's nothing we can do to stop this and you're more than likely going to get it... but don't worry, not everyone is going to die..."

Nintendo Direct will still happen though.

E3 should all be digital. Maybe a VR expo.

That would actually be a REALLY cool way to do E3.

OH NO! Devolver Digital said their briefing filled with humor and satire could be no more because E3 could br no more! How are Nintendo and Xbox Game Studios supposed to announce the big stuff every year if this is true?!

Curse that disease outbreak, among other things, for causing the end of the world (or getting us really close to it)!

It's no joke, as much as I want it to be. Not only has it delayed the Turbografx Mini and lots of accessories, but there's a big risk they could delay the PS5/XSX/Switch models/LEs this year too. Unless it dies down in a month like I'm hoping, it could seriously screw stuff up. Maybe even the olympics.

This might be just the beginning... 😬 I think it’s likely that E3 will be cancelled and the Olympic Games postponed to next year...

If Tokyo 2020 never ever happens, that’s going to hurt Sega, and they’re already in pain!

Given that the Corona virus is a cold/flu type thing, it would be surprising if it's still a widespread thing in June.

That doesn't mean people from the southern hemisphere won't attend E3, granted. But that's not unique to this year. So the level at which it's a concern in terms of them bringing Corona with them this year would reasonably be the same as the usual concern of them bringing the cold/flu with them.

Perhaps the concern, and motivation behind the different approach this year (if the rumor is accurate) is that Corona might be more communicable than cold/flu.

Cold weather isn’t the cause of the flu or common cold (it’s incorrectly associated with cold weather and has unfortunately adopted the term “cold”). It’s not that the weather is cold that increases such things in winter months, it’s the fact that people are in closer proximity and in denser numbers by being indoors more often.

Saying “put on a coat or you’ll catch a cold” is a complete old wives tale.

I didn't imply cold weather is the cause. I was just stating the fact that in the warmer months cases of cold and flu decrease.

Seriously, the snark is not necessary. Mature people can dialogue without being smart aleks.

I don’t know what your trying to prove but you’re proving against your original point that you’d be surprised if it’s widespread by June. You’ve shown you can google weather forecasts.

It’s not exactly cold in Mediterranean Europe right now nor has it been for weeks. If you consider an average of 15C to be cold then that’s on you. Warmer weather isn’t going to slow this down in the slightest.

Go back and re-read your original comment and then think about what you said.

You referred to Italy and Spain as "balmy." Relative to Los Angeles in June, that simply isn't the case. A 10-20 degree Fahrenheit difference and a drier overall precipitation pattern are not trivial differences.

What you or I consider to be cold is irrelevant. The fact remains that viruses like the flu tend to diminish during warmer and drier months in tropical and subtropical climates. Whether that's because of behavioral changes, better immune systems in sunnier warmer times, an environment less conducive to spreading the virus, something else, or some combination thereof is not fully known.

You can confidently assert that warmer weather won't slow it down in the slightest, but you have no proof of that. Now, that doesn't mean it won't be a thing in early June. It's too early to tell. No one knows how this thing will play out. At this point, what with all the other cancellations and concerns about "flattening the curve," had E3 not already been cancelled it certainly would be now.

And indeed, the whole flattening the curve approach actually, all other things being equal, allows the virus to stay around longer, thus it being more widespread in, say, June, than it otherwise would be.

It's a shame you are acting with such an adversarial demeanor.

This is crazy. In all my years, I've never seen so much stuff in the world just...shut down like this. If things keep going the way they're going, everyone on the planet will be told to just stay in their houses and avoid any and all human contact.

...Hey, on second thought, maybe there's an upside to all this!

China's pollution had a dramatic decrease in the last two months.

Kojima is a mad man. He did it again. He predicted this. This is Death Stranding.

Concerning the gaming world only, this is sad news, but I'm more worried about titles and hardware being postponed.

Time for Nintendo to come up with it's hat trick: Pikmin 4, Metroid Trilogy, and so on. They are saving their releases for situations like that.

Yeah, concerning the gaming landscape, this will affect certain studios. Without a venue to expose themselves it'll be harder for the smaller games to get much coverage.

In regards to hardware I think they'll release it, but will probably face scarcity (and the resellers will come out).

Nintendo doesn't always do the obvious, so I don't know if they'll take the opportunity to cut their losses if next gen is getting delayed.

There'll still be a Direct, and maybe even Treehouse Live. They've done Treehouse outside E3 before, such as the Switch janurary presentation.

Assuming they want to get their employees together for treehouse live. Maybe they'll do a video call version of it.

Honestly, E3 is done even if it isn't cancelled. As Nintendo has shown over the years, you don't need one conference to show games when you can announce games when you are ready to announce it.

I don’t think I have ever hated anything as much as this virus. But actually I hate the reaction to the virus more. It’s not the plague! Why is everyone freaking out so much. It’s so stuuuupid!!! I actually just want to get it so I can be done with it, get some immunity and get on with life.

Why is everyone freaking out so much. It’s so stuuuupid!!!


Because it's beyond containment, spreading like wildfire across the world, with most countries reporting at least a few confirmed cases?
Because there's already a second distinct strain of the virus, which means there could possibly be more?
Because there's no vaccine yet and at rates things are going there won't be one for over a year?
Because if the estimated 3%-4% fatality rate is accurate that's still a lot of potential casualties?
Because the response of America's government has been nothing short of a catastrophic joke?

Kinda hard not to be a little spooked when the gist of the situation is "there's nothing we can do to stop this and you're more than likely going to get it... but don't worry, not everyone is going to die..."

The flu is never contained during flu season.
"Spreading like wildfire" is an exaggeration.
The estimates of fatality rate vary. Some peg it at 3-4. Others estimate it closer to 1 or less than 1. Part of the problem is we don't know nearly as much about this virus as we do the flu.
Approx 1,000 confirmed cases in a population of 330,000,000 isn't that bad. Not to say the US government response is perfect. But "nothing short of a catastrophic joke" appears at this point to be another over exaggeration.

It really is an unnecessary expo. Only meant for a few gaming "journalist" and rich 30+ something's that have plenty of money to take off from work. Everyone just watches the preview videos in their own time afterwards anyway.

Just cancel everything this year. I'm being serious. Better than this "Will it?" game of if something will be cancelled or not. All events around the world should be cancelled and postponed until next year.