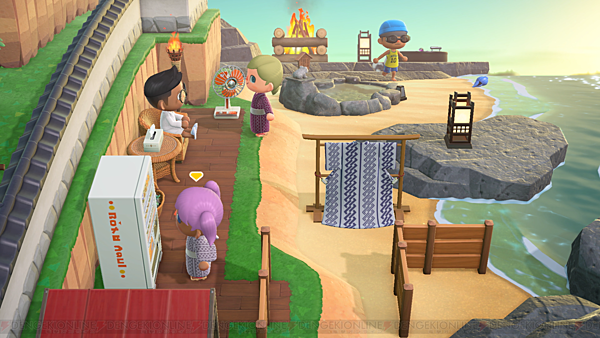 As we've covered numerous times, Animal Crossing: New Horizons isn't going to support Switch Online Save Data Cloud Backup. It will have something else though, and Nintendo wants to make sure people know it's coming this year. Nintendo has released another FAQ for Animal Crossing: New Horizons, and it makes sure to drive home the point that a save data backup feature is coming this year. Check out the short FAQ, as translated by Siliconera, below.

Is there a way to create multiple islands?

Even if you’re using multiple copies of the same software, you are only able to create one island per console. If you wish to build up another island, you’ll need a different console.

As the island save data is saved directly on the Nintendo Switch console, even if you use both the physical and digital versions of Animal Crossing: New Horizons, there will only be one island.

Is there a way to transfer save data onto another console?

We are currently considering a function to move user and save data to other consoles that is uniquely for the software. The function is planned to be implemented within the year.

What if I lose my save data?

Is the game playable on the Nintendo Switch Lite?

It’s good to know it’s coming. However it kind of feels like getting a new job and hoping you don’t get sick before your medical benefits kick in.

Wow even if you buy multiple copies of the game, you still only get 1 island per console. That’s harsh.

Nintendo sure want to move them Switch units. More per household ;)

Who thought this would be a good idea?

Same person who thought the cell phone app was a good idea for voice chat.

Animal Crossing: New Horizons updated to Version 1.2.1
May 26, 20:03 by lordofthesprinkles
LEGO and Nintendo had 8 ideas before they settled on LEGO Super Mario, abandoned ideas and Nintendo's involvement discussed
May 26, 19:48 by kcst May 26, 19:29 by ridleysaria
GoNintendo Feature: We chat with Obsidian about The Outer Worlds' journey to Switch
May 26, 19:24 by wiired
Nintendo's former president once said game devs/pubs should copy each other's ideas
May 26, 19:06 by ben_goldentriforce
RUMOR - Xenoblade Chronicles: Definitive Edition resolution details, plus more handheld footage and framerate
May 26, 19:05 by ben_goldentriforce