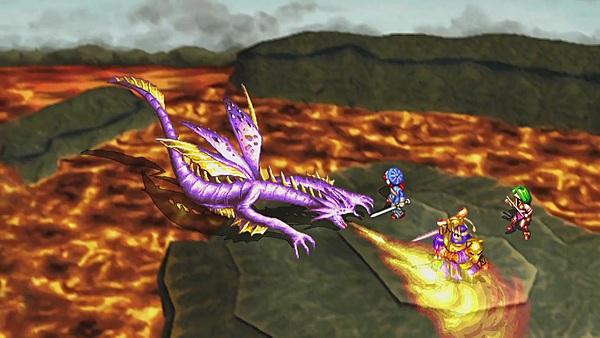 After a considerable wait, GungHo Online Entertainment has finally announced a launch date for the Grandia HD Collection in Japan. Fans of the series can look forward to picking the game up on March 25th, 2020, and surprisingly, there will only be a digital version. The collection is priced at ¥4,400 including tax.

I think it's a shame they didn't include Grandia III with this. Played 1 & 2 quite a fair bit, would've loved to see it (and possibly also Xtreme) included in the collection.

This collection was such a disaster. Quite possibly the worst port of retro games I've ever seen on a modern console. The games are still great at their core, but you can never escape the issues with these ports.

Could you give me some details about the issues maybe? I wanted to get the collection eventually but if it has some major problems...

Grandia 1's sprites have a forced blur/smear filter that looks awful on them that you can't deactivate. Worse yet, some sprites didn't have the filter applied to them, so there are a lot of moments where one character will be pixelated while the others aren't. Even worse, some character/enemies are comprised of multiple sprites, so there are times a character's arm is pixelated, while the rest of their body isn't. It's ridiculous how bad it is.

In Grandia 2, Elena's face texture gets glitched every time she closes her eyes. So it looks like she has a massive red blind fold over her face during many cutscenes and even some battle animations. Grandia 2 also crashed on me several times during my play through, which forced me to replay portions of the game (you can only save at designated save points).

This is just a sample of the issues. Again, still good games at heart, but these ports are absolutely atrocious.

I own and played through the PS1 and Dreamcast versions of these games, and they did not have these issues in those versions.

Thanks for the infos!
Yikes, that doesn't sound good...