Why is this Animal Crossing water bottle priced at nearly $11,000?!

Tom Nook is definitely behind this
17 March, 2020 by rawmeatcowboy | Comments: 3 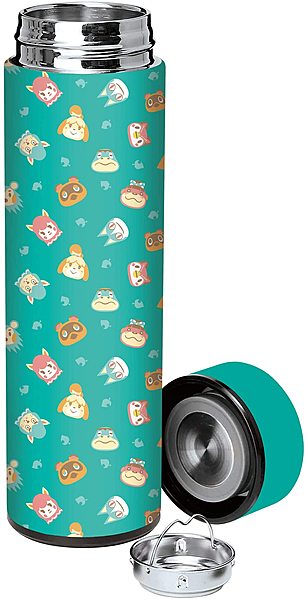 UPDATE - Not surprisingly, this was nothing but an error that continued to grow. The issue has now been fixed.

Controller Gear is releasing a number of different Animal Crossing-themed items to cash in on the New Horizons hype. Among their lineup of merch is the above stainless steal water bottle. Seems pretty normal, doesn't it? Well everything about it is...minus the asking price.

When this water bottle first hit Amazon, it was priced at $20. Shortly after, the priced got bumped up to $26.97, and its been climbing at an insane rate ever since. At time of posting, the listing has the water bottle priced at an absolutely insane $10,932.64! Dear lord, I hope no one actually buys it for that price!

The reason is Amazon allows pricing algorithms. So two retailers have algorithms that set their prices slightly above each other. This has happened before and it is hilarious.

You complain, but it's only $1,102.37/mo for 12 months with 0% interest equal monthly payments on your Amazon Store Card. I'd call that affordable!