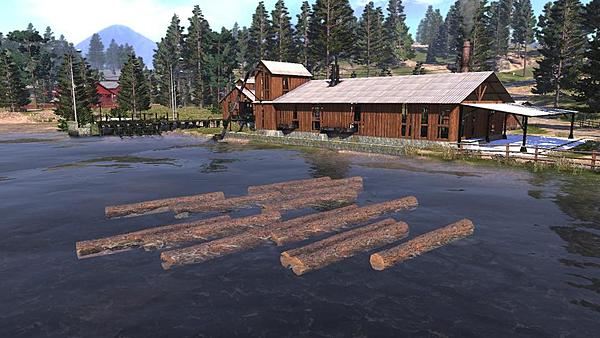 Alright, gang...this one is a bit confusing. After a bit of research, I'm still confused as to what exactly this game is.

CoolShop has a listing for a game called Timberman's Dynasty, and they say it's coming to Switch on Aug. 28th, 2020. The only other bit of information on the game is that Bigben is the publisher. There's not a single detail on what the game actually is, which is what's leading to the confusion.

The listing itself has placeholder cover art that features the Timberman series, which is something we're familiar with on Switch. The thing is, Timberman's Dynasty sounds like an odd name for the series' continuation. After a bit of searching, I found out that a company called Toplitz apparently announced a game called Timberman's Dynasty, and they provided the following details.

The setting of "TIMBERMAN'S DYNASTY" takes the player down to earth in the woods, where life as a woodcutter with all its beauty but of course also hard work has to be mastered.

Moving on from that, it seems that Timberman's Dynasty may have been renamed to Lumberjack's Dynasty. This could either be due to avoid a name dispute with the people behind Timberman, or to use a name that made a bit more sense.

So where does that leave things after all this research? Right back where we started, really. This could be a new game in the Timberman series that'll be published by Bigben, or a game called Lumberjack's Dynasty that's coming from Toplitz. I'm leaning more towards the Lumberjack option, even though the CoolShop listing showcases Timberman art.

No matter what the game is, hopefully we get the full details soon! Thanks to Sephiroth_FF for the heads up!