GoNintendo Thought: Is it time to change up some staples of the Mega Man series?

We're coming up on the end of our Mega Man week. Just one feature left from here on out! I've been thinking about today's feature all week, and hopefully it helps conjure up some ideas for you as well. As always, thanks for reading! 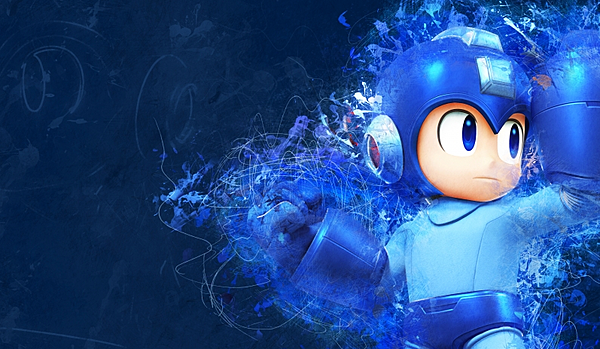 There have only been 11 mainline Mega Man games since the series' inception in 1987. Within those 11 installments, there has been very little change to core mechanics, especially in recent years. We saw a slide added in for Mega Man 3, the ability to charge up your Mega Buster in 4, and then some other superfluous stuff along the way. Outside of that, its been business as usual for the Blue Bomber.

As I've said in other features this week, I love core gameplay of Mega Man. To be honest, I can't get enough of it! There's just something about the experience that always leaves me wanting more. With that said, I would have no problem if Capcom wanted to spice things up with some changes. I'm talking about changes that fundamentally mix things up, rather than something like a new character or different weapon.

While I'm certainly not in any position to offer up good gameplay ideas for Mega Man, I still have some thoughts I'd like to toss out there. These could be some fun ways to change up Mega Man's formula and make for a unique twist on the experience.

For the bulk of Mega Man games, the Blue Bomber takes on 8 robot master stages. I don't know why Capcom settled on 8 as the go-to number, but they certainly have stuck to that for the bulk of the series. Wouldn't it be nice to see Capcom play with that a bit?

I'm also okay with Capcom pulling back on the amount of robot masters, as long as they extend the stages themselves. Give us 6 robot masters and stages double the length. Through in a few more mid-bosses along the way, and it could really help liven up the experience. I'm sure it would make things more challenging as well, and I'm always down for more challenge in a Mega Man game.

There have been a couple Mega Man games that add in secret paths or few choices for your road ahead, but I'd love to see Capcom really expand on the idea. Throwing in multiple paths into every stage would add a ton to the replay value of any Mega Man game, and could be a great way to have things play out differently for each player.

Don't make branching stages that give you a different way to get to the same ending. A branching path could have new enemies, items you won't get on other paths, mid-bosses that differ, and even robot master battles that are unique. Instead of meeting a robot master in his usual chamber, perhaps you take him on at the top of a building. Wherever you fight them could lead to new hazzards, and new battle mechanics. All it takes is a couple tweaks to make things feel completely different.

One of Mega Man's core features is gaining an ability from a robot master that you've defeated. Checking out all the new weapons is a blast, but sometimes it would be fun to force the player into a specific challenge with a locked-in weapon.

Capcom could enable a system that makes certain Wily stages into a situation where you can only use one or two weapons. Something in Wily's security system disables most of your weapons, but you're left with a couple of the attacks you've picked up from robot masters on the way. Really make players use those weapons in interesting ways, pushing the limits of what's possible.

Unless I'm remembering incorrectly, every Mega Man game has a moment where you enter a room that has you battle every single robot master for a second time. Its become a thing in Mega Man games, and players are always expecting it. With that said, I don't think this battle is anything fans really look forward to. It's just a second fight in a room that's usually much blander than where you first battled. Yes, there's challenge in making it through all 8 robot masters with a single health tank, but e-Tanks do away with any of that challenge.

While it might be considered sacrilege to some, why not do away with the robot master rematch altogether? Perhaps we could get a special stage where the fallen robot masters come together to build some sort of ultimate machine out of the body parts they have left. How about a run through Wily's facility where he built the robot masters, and you have to fight your way past prototypes of the robot masters and experiments that didn't make the cut? I think it's great to pay respect to the robot masters late in the game, but taking them all on again in the exact same battle isn't the most exciting.

Those are just some of my ideas for how you can switch up the core Mega Man experience, some of which I think could lead to a really different feel. Do you have any ideas for how to change things up for the better?

Are you saying we need another Mega Man 64?

I think new systems (ala Mega Man 11 speed and power gears) make for more attractive trailers. Capcom and many other companies always seem to think changing gameplay systems pays off more than the infrastructure of the game. For better or worse that is where the change always seems to be.

I do wonder if one game could all be in Wily's Castle. Maybe something like Wily Tower in which Megaman needs to select a limit number of powerups, that could also be an excuse to reuse previous weapons, maybe like with Yooka Laylee alter drops depending on the weapons you bring with you and adding dynamic difficulty.

IMO I'll like to see more varied sizes with the robot masters, I don't get why ALL need to be human size. Why not break expectations and add giant and even smaller ones. Vehicle like, or being stationary machines etc.

I'll like if we could expand more on Doctor Light and Wily since in the Megaman games it feels they drive the global plot kinda like Professor X and Magneto.

Finally, have Roll do something. Maybe a Separate Ways mode where we see Roll helping Megaman indirectly.

If Mega Man games had shaken up their formula, I would still be playing them.

They play GREAT. Their controls are perfect. That kind of foundation can be applied to a lot of things, if Capcom would just be willing to get creative.

It's an aspect Castlevania could do. Since Megaman instead preferred to make spinoffs each time the formula was changed ever so slightly. I mean Zero and ZX did attempted to make a more streamlined and organic progression.

Adding more robot masters would mean Capcom would have to increase the price of future Mega Man games to 60$. Not only that, but they can also fool around with the underwhelming amount of levels played as well.

Its best that by tradition, Mega Man sticks with just 8 robot masters.