Someone's in some trouble...
by rawmeatcowboy
23 March 2020
GoNintendoGN Version 5.0 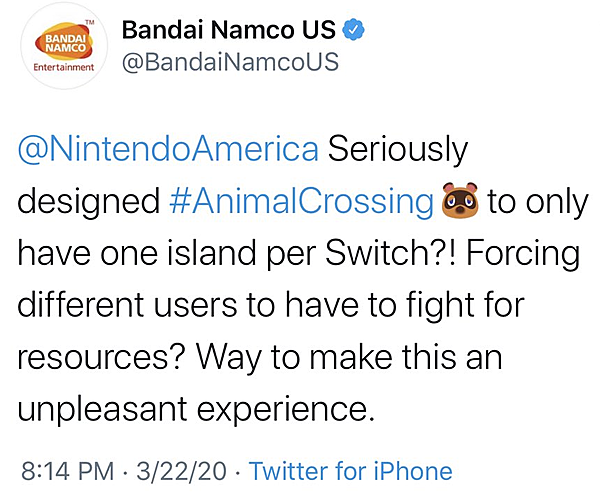 We're not quite sure who's in charge of Bandai Namco's Twitter account in the US, but they made quite a big mistake earlier today.

For a short while, the tweet above was live on the official Bandai Namco US Twitter account. It's clear that the person tweeting thought they were complaining about Animal Crossing: New Horizons on their personal account, but they accidentally remained logged in to Bandai Namco's account while doing it. The tweet has been removed, but we're not sure whether that's due to the person realizing their mistake, or someone else at Bandai Namco pointing it out.

Thanks to @WolfStarSonic for the heads up!