Animal Crossing: New Horizons is the talk of the town right now. That's why I decided to throw in my two cents! Hope you enjoy what I've put together. As always, thanks for reading. 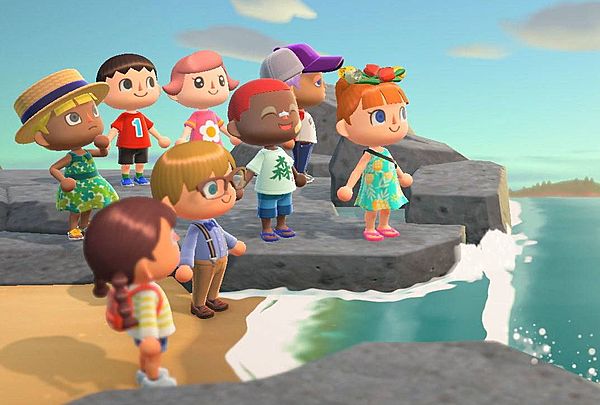 Animal Crossing: New Horizons may have been the most hotly-anticipated Animal Crossing game of all-time, and one of the most-wanted Switch games so far. Animal Crossing didn't get this popular overnight, as it took nearly 20 years for the franchise to cultivate a following. From humble beginnings on the GameCube to a full-blown success on the 3DS, Animal Crossing has grown alongside gaming. As the game industry gave birth to more experimental ideas and genres, Animal Crossing found its niche and ran with it.

It's crazy to think how the series grew into the juggernaut that it is today. The release of Animal Crossing on the GameCube certainly caught the attention of some, but moreso in confusion and distaste than interest. Nintendo threw some marketing weight behind the title, but countless gamers just didn't see what the series was about. A game where you do nothing and everything, all while building relationships with animal characters? That's not what games were about...or so many people thought, anyway.

As gaming audiences expanded, new types of players came into the mix. Along with that, indie developers moved from the backburner to the forefront of the game industry, standing toe-to-toe with the AAA devs and pubs out there. Indie devs were doing things that the big names never would. Unique creations that played with previously-unseen mechanics that didn't aim to attract the masses. It was the combination of these two elements that would breathe new life into the game industry, and pave the way for Animal Crossing's monumental success.

Without a doubt, Animal Crossing stands as one of Nintendo's biggest franchises. It has the ability to woo in traditional gamers and expanded audiences alike, which is something not a lot of titles can do. The only proof you need of Animal Crossing's reach comes from the level of insanity surrounding New Horizons' launch. Every single corner of the game industry is chatting about the game, players are sharing content everywhere, and sales charts are seeing new records set with each week.

Social media has been abuzz with talk of Animal Crossing: New Horizons for months and months now, but that talk pales in comparison to what's going on right now. Twitter and Facebook are absolutely flooded with content about the game. People sharing their unique designs for clothing and more. Players talking about their favorite islanders, sharing fishing tips, showing off their bug collections, and much more. If you're anyone who spends any time at all on social media, there's no doubt you've scrolled through quite a lot of Animal Crossing: New Horizons content in the last few days.

The game's sales have been through the roof so far, and it's only been 4 days! Retailer records have been broken in Japan, insane numbers are being put up in the UK, and the game is already Amazon's best-selling title of 2020. That's before we even get concrete numbers for Japan, or the NPD figures for the states. People were extremely hungry for Animal Crossing: New Horizons, and this support is only going to grow as time goes on.

When you stop to analyze the situation, it's easy to see why Animal Crossing: New Horizons and the Animal Crossing series in general have been embraced. While it took time for things to catch on, word spread about this wholly unique title. Animal Crossing let's you be you, no matter who you are or what you like. There aren't any enemies to deal with, no one's going to cause you serious trouble, and the only goals to tackle are the ones you make for yourself. It's a virtual space where you can relax and do what makes you smile. You make the experience based on what you enjoy, and popping in on a daily basis is like visiting a home away from home. Animal Crossing as a series is like a warm virtual hug...and who doesn't like hugs?!

Animal Crossing: New Horizons will no doubt be a long-tail seller. It'll be charting for years to come, and hits tens of millions sold when all's said and done. Animal Crossing: New Horizons could very well become the best selling installment in the franchise to date, and there's honestly something beautiful about that. A game that's warm and welcoming...a game that allows you to be you...it's pretty wonderful stuff. It's something we all sorely need from time to time, even moreso with what's going on in the world today. It's the pick-me-up that's always there for you.

We're only at the start for Animal Crossing: New Horizons. There's so much more content to come, so many fan creations to see, and plenty to explore. Seeing millions of people come together over this game has been amazing, and I am ridiculously excited to see what comes next.

It's been hilarious seeing what people are posting on twitter about the game, like everyone's museum piles before they get Blathers and putting blood splatter patterns on the ground next to Gulliver on the beach.

I’ve it downloaded to my Switch and will be starting my play through tomorrow. First time ever playing an AC game

I hope you have a ton of fun with it!

Just letting you know I am having a blast. My only gripe in these early stages are needing to actually wait until the next day in real-time but will admit I have time travelled once to progress the game quicker. I’m too used to Stardew Valley where sleeping in-game progresses the day.

My Switch friends list is lit up at all hours with people playing Animal Crossing, including people I never see online. Even if you account for more people being at home with their wifi than usual given the virus situation, the numbers in my experience have been quite impressive, even more than Pokémon's release!

I think it's hard to argue that it took a while for Animal Crossing to catch on. If we use the same database that RMC used for his Mega Man sales numbers, the GCN one sold 2.27 million (about 10% of the user base), which is quite strong for a debut, and then the DS one, which was released only a year after the DS launched, sold nearly 12 million. If you've sold more than 10 million, your game has caught on, without question. Then they stumbled with the Wii one (which had a very tepid reception by fans and critics alike), but then came back with the 3DS one which also sold over 10 million. So I think as long as it's "popular system + good Animal Crossing game" it sells well.

I will say this one seems to have generated the most buzz I've seen (I ventured outside to pick this up at Best Buy on launch day and there was a line of people standing 3-6 feet apart snaking around the Best Buy nearly all to pick up Animal Crossing), but like I said, I think the sales data makes it clear that this series has been popular since at least 2005 with the DS one (fond memories of me standing in my backyard during those cold December nights so I could "borrow" my neighbor's wifi and visit my high school girlfriend's town). And the series deserves it's popularity. It's great for people who like the general spirit of The Sims (make a life that's better than yours), but without the micromanaging of various meters. The Switch one, so far, has been pretty addictive and I hope everyone is getting some of the social interaction they need with it since it's pretty hard to get it otherwise now.