Switch has now outsold the Wii's total install base in Japan 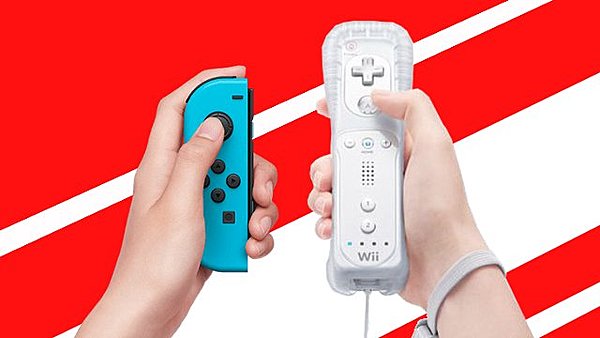 Okay, now we're getting into crazy successful territory here. We all knew the Switch was doing phenomenally well, but a new milestone has been hit in Japan that's pretty surprising.

When all was said and done for the Wii in Japan, it moved 12.75 million units. Add another 48 million in the Americas and 40 million for other regions, and you get to roughly 101 million sold altogether. I don't think anyone would argue the Wii to be anything other than a hit, but in Japan, the Switch is already topping it.

As of this week in Japan, the Switch has sold 12,801,222 units. That's for all versions of the Switch combined (Switch and Switch Lite). To think that the Switch has surpassed the Wii in just three years is mind-boggling. It makes a bit more sense when you look at things from a portable perspective, but still, an impressive tally nonetheless.

With the Switch facing shortages in Japan for quite some time, you have to wonder just how much higher the total install base could have been by now.

Excuse me RMC but this does not align with the “Nintendo is Doomed” rhetoric and must surely be fake news.

The hybrid console from someone like Nintendo was an obvious great idea. Also with good marketing (not only for the kiddies). Well done, Ninty. And nice to see Iwata's kegacy being such a success.

BUT... Animal Crossing wont keep thr Switch alive all year, so if they eant to keep the momenyum up they should be showing a new game or two pretty soon.

Yeah, a general Nintendo Direct would be a happy thing right now.

If you don't think they have some big games lined up, you're crazy but yeah now that AC is launched they need something big to keep general fans not into cute animal islands interested.

I wasn't really saying that I don't think they don't have the games, but hinting at that they should show them now. AC is out and we need more announcements. My might have worded it a bit badly though. But we all know they jave some games coming, but what games and when?

A Direct is very needed.

Excuse me RMC but this does not align with the “Nintendo is Doomed” rhetoric and must surely be fake news.

Oh no, Iwata-era Nintendo is still doomed (if not outright erased by Switch's success) and that's all that matters. Hardcores have reclaimed Nintendo again, gamers rise up!

At the end of the day Nintendo is Nintendo.

Nintendo have other Big things planned but they can definitely ride this wave of success for many months.

How many more success stories do they need?

Plus not to mention RingFit which is giving the non hardcore a good reason.

I can't imagine the numbers of total revenue when the Switch is over.

Iwata helped build the Switch with his last years and it has definitely paid off.

Totally agree. Nintendo have so much success as a hardware manufacturer who mostly relies on its own IP to sell its consoles. They are 2nd to none. And the Switch is enjoying indie and 3rd party support that was missing from WiiU. Also, Nintendo have been very smart opening up their IP to other developers. With a little luck, Switch may end up the best selling console of all time.

Switch may end up the best selling console of all time.

In Japan that's pretty obvious, but best selling console of all time? With the inevitable "Pro" coming and being in the Switch family it could happen I guess. But as I mentioned above, if they want to keep that hype for the Swtch, they'll have to announce new games pretty soon and also show footage of those we know about.

But all in all I am very happy to see Nintendo truly back in the game. The hybrid idea was just what Nintendo needed to do. Focus on one console and not two. Great marketing. Great games. 3rd party support is OK, but should have been better, but better as in there should be more original games for the Switch IMO. Use it's unique aspects etc. Ports will be less when the PS5 XSX hits. Or already will be less because third parties are focusing a lot on those I am sure.

If anything, it kind of brings to light how much less successful the Wii was in Japan compared to the rest of the world. Still an impressive milestone regardless, but not as impressive when put into perspective.

Not as bad as you think. The PS4 with all its success is sitting around 9million in Japan and the ps5 is imminent so not gonna reach 11million. So the Wii did good for a home console

The PS4 did relatively poorly in Japan as well given it got a lot more software support yet probably won't outsell the PS3. The PS3 did about 10M, but the PS2 was at 21M and the PS1 was at 18M.

My biggest takeaway from this is "The Wii only sold 12 million units in Japan?"

Congrats though, Switch! Holy cow and it's got a lot of life in it still! More Smash DLC, Animal Crossing just came out, a sequel to Japan's best-selling Zelda and who KNOWS what all else.

Yeh the Wii started off selling well (3.6M units in 2007 iirc), but just peaked there and kept trailing off.

Which is shocking because Nintendo had split development between Wii/DS with its handheld/home console divisions. Now during the Switch era with no competing handheld on the market and with both divisions consolidated into one. Seems like we should be getting more 1st party stuff than we currently are.

Switch is an awesome piece of hardware, with a good but not great (yet) first party line-up IMO, yet some of the worst online/lack of social & system features to ever feature on a Nintendo console to date. Switch has a lot of positives and a lot of negatives. Maybe its nostalgia but Wii I feel had a lot more going for it in the same time span than Switch has even though I prefer Switch as a platform more.

. I don't think anyone would argue the Wii to be anything other than a hit,

I mean no, in Japan it absolutely wasn't a hit. It sold far better than GameCube and n64 but what caused it to become massive in the West seemed to have less impact in Japan.

Its still absolutely impressive that it only took three years but it's of note that white global sales haven't passed wii but have passed snes, Japanese sales are at least a year from hitting super famicom numbers

Yet the Wii still had better online service somehow