GoNintendo Thought: Will any game be able to top Animal Crossing: New Horizons' launch in Japan?

Animal Crossing is an absolute BEAST! How can we not talk about it after this morning's numbers? Let's get into the specifics and see if there's any other Nintendo franchise that has a shot at putting up a bigger launch number. As always, thanks for reading! 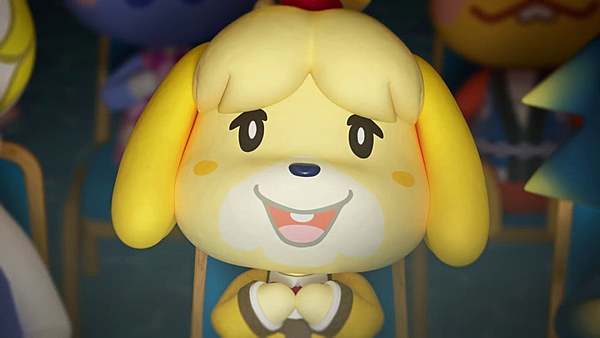 The results are in for Japan, and to be honest, they're even bigger than most expected. Animal Crossing: New Horizons has moved an astonishing 1.88 million units in just three days. That is far bigger than the previous record holder, Pokemon Sword/Shield, which came in at 1.3 million units sold. Making the figure even more impressive, this data is only for physical copies sold, and there's no doubt a healthy amount moved digitally. The game has been topping the eShop charts via preorders alone, so 2 million+ 3 day total is completely feasible.

The success of Animal Crossing: New Horizons also pushed Switch hardware sales to a new level in Japan. The platform managed to sell just shy of 400k in a week, making for the best week of hardware sales ever in Japan, even beating out launch week. It's extremely rare that you see something like that happen, yet Animal Crossing: New Horizons did it with ease. There's absolutely no doubt now that Animal Crossing has cemented itself as a top-tier franchise for Nintendo, and one of the most important in their lineup.

Seeing the game's success in Japan makes you wonder if there's anything else Nintendo could put out to replicate, or beat that success. It seems like an impossible task, doesn't it? What other franchise could manage to amass 1.8 million units sold in Japan over the course of 3 days? While the install bases were lower for other franchises when they hit Switch, I'm not sure if any of them could have bested 1.8 million. I'd peg Pokemon as having a chance, and while Sword/Shield certainly did their part in boosting the Switch install base and moving big units of software, the gap between Animal Crossing and Pokemon is quite considerable.

We know that Metroid is making its way back to Switch, and while I'm sure it'll sell millions upon millions, it's not going to be all that big in Japan. We've been wondering for years where the next Pikmin game is, but even if it does land on Switch, there's pretty much no chance of it putting up Animal Crossing numbers. There's franchises like F-Zero and Kid Icarus that haven't had a chance to shine on Switch yet, but even if they did get new installments, I can't see them getting anywhere close to Animal Crossing.

Digging into Nintendo's catalog and really considering things, I think there's only one title that could have a real shot at matching or beating New Horizons' debut. That would be Mario Kart, which I don't even feel is fair to say. Mario Kart 8 Deluxe continues to sell extremely well on Switch, and I'm not sure Nintendo would want to cut those sales off by announcing Mario Kart 9. It's true that the Switch hasn't gotten a "new" Mario Kart game, and a fresh installment could definitely put up insane numbers, but if Nintendo were going to launch that title, it would have to be 2020 or 2021. Doing it any later than that would most likely hurt the potential audience interested in the game.

There are other games that could have Animal Crossing-like potential, but they still need years upon years to grow. Tomodachi Life had a fantastic start with its debut, and it seemed to find an audience worldwide. Not an audience as big as Animal Crossing mind you, but these things take time. The game hit 6.5 million units sold worldwide and certainly made contact with some of the expanded audience that plays Animal Crossing. Tomodachi Life ended up being a top 10 seller on 3DS overall, so again, there's some real untapped potential there. It could be a competitor some day, but we're years off from that.

I think for the time being, Animal Crossing: New Horizons is going to easily hold onto its crown. It's been amazing to see just how the series has grown over the years, and the figures it's putting up today would be pretty much unimaginable back when the franchise debuted. The real treat will be seeing where the game ends up in worldwide totals 4 or 5 years from now. There's no doubt it'll be among the best-selling on Switch, and for that matter, the best-selling in Nintendo's history. Just how high it'll go remains to be seen.

I believe 2D Mario also has a shot at it. If they make a truly revolutionary new 2D Mario, unlike the "New" series, I feel like it has a chance to hit it big if it is well advertised.

What I'm sure about is that Nintendo was more than predicting this HUGE success would happen. With ZERO 1st party titles' confirmed release dates, it's giving them more time to decide what to announce while people use this masterpiece for their delight.