Blizzard shares details on what's coming to Overwatch this year

Another year full of content
26 March, 2020 by rawmeatcowboy | Comments: 1 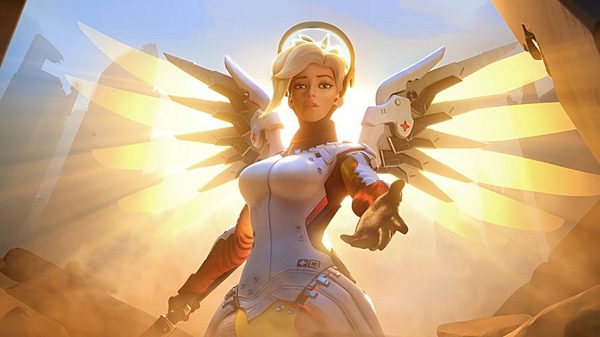 While Overwatch fans are certainly looking forward to the launch of Overwatch 2, there's still plenty to do in the original Overwatch. In an interview with PCgamesn, game director Jeff Kaplan outlined what fans can expect this year.

I think we’ve delivered some cool things. Experimental card is a great example and something we had been working on for some time. And it’s always fun when you’re working on something and then players start suggesting it and you’re biting your lip. You’re like, that’s an awesome idea – we should totally do that.

Releasing Echo will be fantastic. I think she’s gonna add so much life and creativity to the game. We also have interesting twists to some of our seasonal events coming up. The Archives event won’t have a new mission, like Uprising, Retribution, Storm Rising. I told everybody at BlizzCon because we wanted to be very transparent, and manage expectations. We didn’t make a new PvE mission but we did do some really cool twists on the old missions, adding challenges to them so they work in new ways.

One of them is Molten Cores (we’re obsessed with that name). When you kill any enemy, they turn into a pool of lava. It persists so the more enemies that you’re killing, the more dangerous the area’s becoming. You’re still playing Uprising but in a totally different way now.

We’re actually working on some Summer Games stuff right now. Again, we’re not adding a new sport – there won’t be a new Lucio Ball (or Lucio hockey is what everyone really wants). We won’t be adding that, but we’re putting some cool twists on the existing content and trying to keep the game fresh.

As far cosmetic items go, there are two types of players in Overwatch. There are the types who only care about gameplay. And there are the types of players who care about the cosmetic content. And those who care about the cosmetic content, care about it a lot. That’s not changing at all for this year, there’s going to be amazing stuff. I was just looking over the shoulder of the concept artists at some of the skins and I know that our players are going to lose their mind when they see those.

Then we have fun stuff for later in the year. Nothing that we can announce right now but in the way that Ashe’s Mardi Gras event was a surprise there’s some more things like that on the way. I think they’re pretty cool with some themes and other content that I don’t think people are expecting. Should be good.