Netflix working on a live-action adaptation of Dragon's Lair, Ryan Reynolds in talks for the lead role 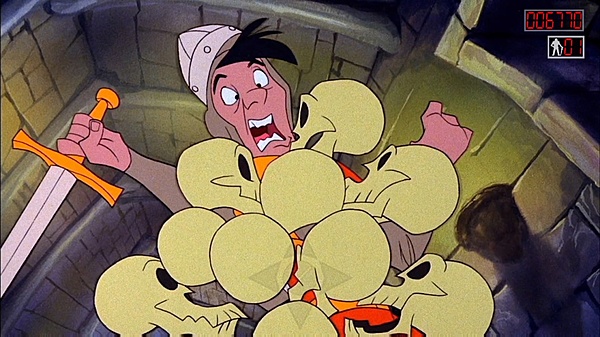 Netflix has been dabbling with video game adaptations for awhile now, and they've had some serious success. There's an Angry Birds series in the works, the Witcher has been a phenomenal hit, and Castlevania's fourth season is in the works now. Next up on the slate of gaming collaborations is a live-action version of Dragon's Lair.

Netflix announced the news via Twitter today, and they say that Ryan Reynolds is in talks to play Dirk the Daring. Even better, the original Dragon's Lair team of Don Bluth, Roy Lee, Trevor Engelson, Gary Goldman and Jon Pomeroy are on board to produce the feature. Daniel and Kevin Hageman, who handled the LEGO Ninjago: Masters of Spinjitzu series, and also assisted with The LEGO Ninjago Movie, are set to write the feature.

For a second I read Gary Goldman as Gary Oldman and was like "what did the guy have to do with the original?". I need glasses apparently.

Seriously don't need a live action of this..

I'm happy that something good is happening for Don Bluth. Hopefully he can leverage this into doing more traditional animation.

What happened to that?

$728,000 is not nearly enough for a full movie.
It was enough for a short, which they shopped around somehow eventually leading to this.