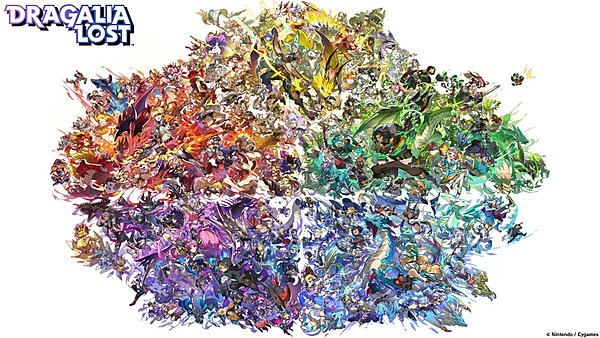 Dragalia Lost is celebrating its 1.5 year anniversary, and the dev team has put together something special. A new wallpaper has been released, which you can see a peek at above. If you want to grab the high-res version, you can find that here.

To celebrate the 1.5-year anniversary of #DragaliaLost, we've released an original PC wallpaper version of this illustration, which we revealed for the first anniversary! You can download the original wallpaper from the following page.

Check out all the Switch games announced in the Wholesome Direct - Indie Game Showcase 5.26.2020 presentation
May 27, 20:45 by robotface
Dead by Daylight devs say Friday the 13th's Jason has a "standing invitation" to join their game
May 27, 19:59 by drew ciccotelli
Nintendo welcomes Dixie Kong to Mario Kart Tour with a special trailer
May 27, 19:44 by thedestructo94 May 27, 19:00 by ummbelievable
The TakeOver includes a nod to the never-released '90s Super GT (UPDATE)
May 27, 19:17 by thedreaminghawk
Get 100,000G for free in Xenoblade Chronicles: Definitive Edition if you have a save file for Xenoblade Chronicles 2 on your Switch
May 27, 19:00 by manazuishou