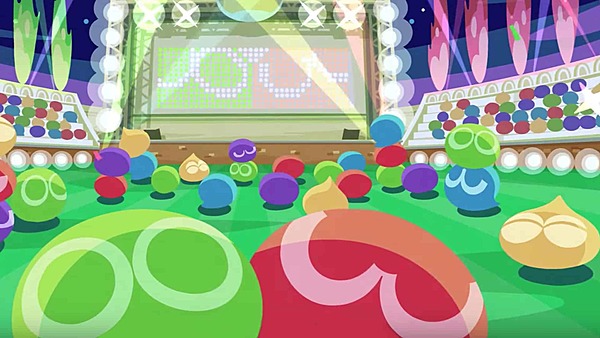 The Puyo Puyo franchise offers up fantastic puzzling, but it never seemed to reach the heights of other big-name puzzle games. That said, it has been getting more notoriety lately, thanks to a crossover with Tetris in Puyo Puyo Tetris. It seems that SEGA is planning to capitalize on that attention.

SEGA recently ran a survey that was looking for fan input on the series. The survey, now closed, was being used to help shape the future of the series. The fact that the survey was aimed at English-speaking fans also bodes well for the franchise's future outside of Japan.

Hopefully we see the results of this survey soon via a new game release, or localization for a title that never saw launch outside of Japan.

I doubt they'd ever do this but I'd love if they made a Puyo Puyo spin off that was an RPG like the series Puyo originated from.

Not sure but Puyo Puyo Chronicles might be that...

It's an RPG but it's nothing like the Madou Monogatari series that Puyo spun off from. I think Sega may be too wary to get close to that style since Compile Heart owns the series.

It was also the worst Puyo game in the series, at least when it came to the story mode. Huge maps, slow movement, and very little enemy variety. I kind of want them to try again at it and make it actually fun but it apparently bombed pretty hard.

Of all the IP that SEGA could ask for..like Valkyria Chronicles, Golden Axe, Phantasy Star, Shinobi and many more...they go for a puzzle series that they didn't even create.

Just...wow. SEGA is really out of touch.

It's a successful series that makes them money... when a company can't afford to take risks, it's usually what they focus on...

Puyo Puyo has exploded in popularity in recent years compared to SEGA's other properties, and it's arguably the only old one to do so (and way more popular in the Anglosphere than it ever was under Compile's ownership). If there's any IP of theirs that has to be done carefully, it's this one.

One thing I'd like to see is for them to remove the 32-character limit. The roster is full of interesting characters, and the stories have recurring characters who can't make it in otherwise.